What Did Markey Mean in Comparing Citizens United to Dred Scott? 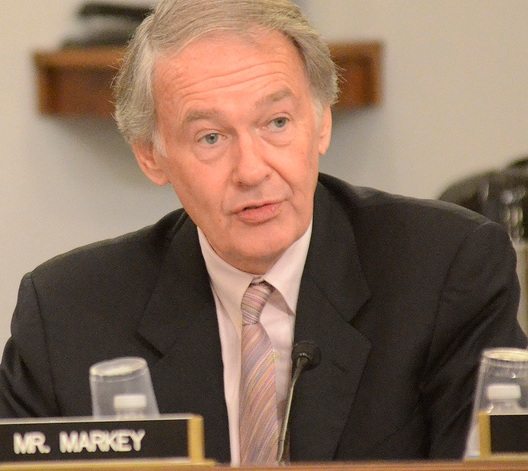 U.S. Rep. Ed Markey (D-Mass.) is likely a leading candidate to fill the senate seat recently vacated by newly appointed Secretary of State John Kerry, so his comments on anything are now getting attention like never before. At a campaign rally last week, Markey called for a constitutional amendment to overturn the Citizens United decision on campaign financing. In his speech, he used an allusion from 19th century U.S. history to make his case: “The constitution must be amended. The Dred Scott decision had to be repealed. We have to repeal Citizens United.”

Some African American ministers contacted by the Boston Globe found Markey’s comments off base or offensive. According to the Globe, Rev. Eugene Rivers, director of the Ella J. Baker House and co-founder of Boston’s Ten Point Coalition, suggested that Markey needed to explain his “somewhat revisionist approach to the Dred Scott case,” adding that he did “not understand the historiographic or historical analogy.”

We think we get exactly what Markey was saying, in historiographic and historical terms. The Dred Scott decision was the nation’s low point in Supreme Court jurisprudence regarding slavery. In the historiography of Supreme Court decisions, Dred Scott represented the end of a path of decisions from which there could be no solution other than changing the Constitution.

That’s the parallel that we think was making—that the line of Supreme Court decisions on campaign finance, most recently Buckley v. Valeo followed by Citizens United v. FEC, is a dead end. We think Markey was saying that the Supreme Court has created a black hole from which a common sense approach to campaign finance would just about never emerge. It wasn’t a comparison of the horror of slavery to the chaos of modern campaign finance. It was an allusion to the conditions that make an amendment to the Constitution necessary, one of those situations that can’t be addressed by the Constitution as written by the founders without making an injustice worse.

To us, it looks like Markey was saying that Citizens United, like Dred Scott, was jurisprudence that had reached the end of the line. If he was suggesting that campaign finance is a societal issue comparable to slavery, we would be stunned. Despite the fact that Markey has met with critics, he has not backed off his reference to the Dred Scott case, which tells us that Markey knew what he was saying and will stick by it. —Rick Cohen