What Does “Not Charitable Enough” Mean When It Comes to Tax Exemption? 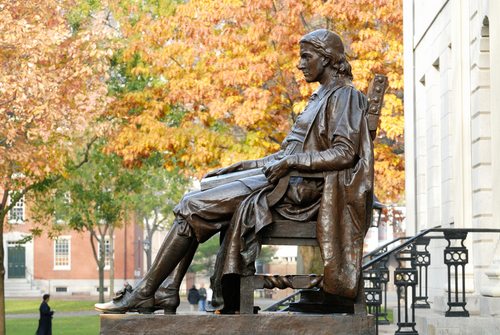 A tax court in Oregon recently ruled a local nonprofit was “not charitable enough,” with the result that it will now be liable for local property taxes. Concurrently, a New Jersey lawsuit against Princeton University continues to move ahead, focusing on a very similar issue: What is charitable?

In the case of Princeton University, local residents have challenged the university’s tax-exempt status and nonprofit designation, asserting that profits from patent deals make it more like a business than a charity. An attorney for local residents, Bruce Afran, says the university has made more than billion dollars from such patent agreements.

Originally filed in 2011, the suit continues to move forward. This summer, a motion to dismiss the case was denied by a state tax court, and a following motion requested by Princeton to change venue was recently denied.

“There’s a lot riding on this,” Judge Vito Bianco said earlier when refusing to dismiss the case. “It’s not just for this university or for every university in the country, but for nonprofits as a whole,” he said, describing the case’s potential impact as “very, very deep.”

One of the of plaintiffs in the Princeton case, Ken Fields, says, “Private universities do meaningful things, but that’s no reason to give them a free pass. Basically, if they don’t [pay property taxes], then everybody else is doing it for them.”

It should be noted that Princeton University already pays property taxes on some of its off-campus buildings and certain graduate housing properties. For 2014, it negotiated with the town of Princeton to increase its overall contribution 10 percent from last year’s amount of $2.475 million.

In the Oregon case concerning the Newspace Center for Photography, an educational nonprofit “dedicated to promoting photographic education,” the judge agreed that its activities were culturally enriching “but not necessarily charitable.” In a similar vein, a writer in New York magazine takes on Harvard’s tax-exempt status, describing Harvard as “a real-estate and hedge-fund concern that happens to have a college attached.” The City Council in Nome, Alaska is taking a different tack. It’s considering an across-the-board change, taking away the sales tax exemption of all local churches and nonprofits.

While the details of each of these situations vary, they reflect continued concern about the role of nonprofits and what exactly qualifies for taxpayer-subsidized support, whether that’s through state or federal tax deductions for givers or local tax exemptions. A number of large nonprofit organizations already voluntarily pay payments in lieu of taxes (PILOTs). These payments most often come in the form of a contract with a local government, and while labeled “voluntary,” some are the result of protracted wrangling, as in Pittsburgh and Allenstown, PA.

While it’s easy to think of the recent ruling as a problem for Newspace, a nonprofit with a budget of under $500,000, what are the implications of hundreds of thousands of such cases throughout the United States? What if county assessors decide to go after groups that they don’t agree with first? That’s what the IRS was accused of a short time ago. Though a September 5th Senate report found “no evidence of political bias,” Republican dissenters continue to criticize.

What chaos might result if growing numbers of local tax officials challenge groups of all sizes and types? There is already talk about the tax status of many hospitals and college sports programs. “College sports should be taxed,” reads a headline in one Boston Globe column. And then there is the nonprofit called the National Football League. Where will we, as a society, re-draw the line?

In recent months, Canada’s tax agency seems to have already drawn a line, pursuing many aggressive audits of nonprofits. The conservative government allocated extra funds—$8 million—to audit nonprofits. Many of the nonprofits being audited claim audits were an effort to stifle debate on fast-track energy projects and concerns about climate change.

The scale and scope of the U.S. nonprofit sector is vastly different from the time the deduction was envisioned. Tax exemption for giving dates from 1894 when Congress exempted from federal tax organizations operating for charitable principles. With later ratification of the Sixteenth Amendment granting Congress the power to levy an income tax, the Revenue Act of 1917 established an income tax deduction for contributions made by individuals made to tax-exempt groups. At the time of the first tax deduction, the nonprofit sector represented from near zero to one percent of the US labor force, three percent in 1960, nine percent in 2000 and about 10 percent in 2010. According to the Indiana University’s Center on Philanthropy, about 66 percent of US households give to charitable causes.

Over the years, and with growth in the sector, Congress recognized the evolution of the sector, enacting a tax on unrelated business activities in the 1940s and reining in activities of foundations in the 1960s. Will this decade bring another redefinition of what it means to be charitable?—Kevin Johnson

Full disclosure: The author is a past donor and member at Newspace in Portland, Oregon, and was also a past board member of one of the groups targeted for focused Canada Revenue attention.