What Every Nonprofit Needs to Know about Cloud Computing 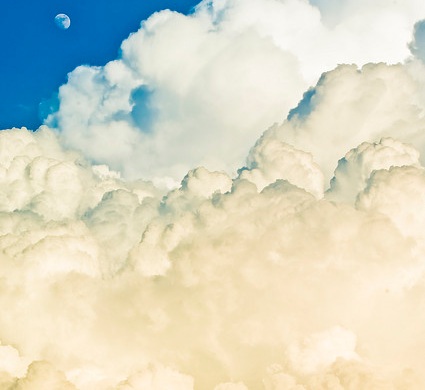 Today marks the kickoff of Salesforce.com’s annual Dreamforce conference, which the company bills as “the cloud computing industry event of the year.” Cloud computing, or the use of the Internet to run applications and store data, emerged in the early 2000’s. After the dot.com bubble burst, surviving and newer companies, like Salesforce, Google, Amazon and others, moved from using the Internet as a medium to place orders or communicate with customers and instead developed online platforms that leveraged Internet connectivity as a crucial part of their services. Today, cloud computing has become so ubiquitous that many people are unaware they are even using it.

TechSoup Global recently released a report that surveyed more than 10,000 NGO’s across 88 countries to measure their adoption of cloud computing. “People often don’t know whether or not the technology they are using is cloud computing” says Marnie Webb, Co-CEO of TechSoup Global. “It’s only when we asked respondents about specific technologies that we discovered that they were, in fact, using cloud computing.”

The report found that 90 percent of survey respondents were using cloud computing in some way, and that more than half said they plan to move a significant portion of their IT to the cloud within three years. “At the enterprise level, after organizations use more than three cloud-based tools, that becomes the tipping point at which they decide to move a significant portion of their IT onto the cloud.” says Webb. “Once they start using cloud computing tools the benefits start to increase their motivation, because they have more experience with it.”

The cloud-based services cited most frequently by respondents were email, social networking/Web 2.0, file storage/sharing, web conferencing, and office productivity. The vast majority (91 percent) of respondents who used cloud-based apps were using at least one cloud-based tool that was more complex, such as WordPress, Quickbooks Online or Salesforce. The major advantages that survey respondents cited to using cloud computing included ease of administration, lower cost, improved collaboration, and greater data security.

For Rolando Brown, Evangelist and Community Manager at Grovo Learning, the benefits are much more straightforward. “What we in the social sector care about most is that we’re able to accomplish our goals and mission; i.e. solving community problems, promoting healthier behaviors, etc. With cloud computing, people can focus more on being better at whatever it is they do rather than being experts at technology. Before, I had to be a techie to take advantage of the web. I needed to understand code to launch a website. Now I can use WordPress and the technology is just available to me.”

Even so, organizations cite concerns about migration costs, data security, and lack of trust as common barriers to cloud adoption. Yet the largest barrier remains a lack of knowledge. According to Techsoup Global’s Webb, “While there is a ton of training and support resources available for any given cloud platform, the challenge for a user can be posing a question in a proper way in the proper forum to get the best available answer. Capacity building organizations and funders should think about how to do a better job at supporting modular solutions across platforms. For example, if a food pantry has developed a customized module for Microsoft Dynamics, we should think about how that could be leveraged for other food pantries.”

By all accounts, cloud computing will continue to increase over the coming years. According to Cisco, cloud Internet traffic is growing at twice the rate of traditional data center traffic, and by 2015 more than half of all workloads will be processed in the cloud. (Watch this cool video as illustration.) For nonprofit organizations, this shift will mean a new way of working that relies less on an IT person or department that develops and deploys applications that are run on a server in a closet and more on cloud-based services that are dynamically changing.