When Museums Own Nazi-Looted Art 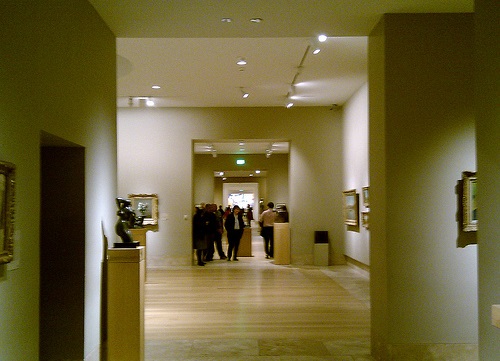 In January, after several lengthy courtroom proceedings, the Supreme Court of the United States refused to review a lower court’s decision in the Norton Simon Museum‘s case to determine whether the museum would maintain ownership rights to its Adam and Eve paintings by Lucas Cranach the Elder. This has proven to be a victory for Marei von Saher, the individual who originally brought the claim to light.

The original lawsuit against the Museum came from Marei von Saher, who attests that the paintings belong to her because Nazis had looted the artworks from her father-in-law, Jacques Goudstikker, a Dutch-Jewish art collector, in 1940. This case has gone through several legal iterations, including through the California District Court, followed by the U.S. District Court for Central California, before going into the Ninth Circuit Court of Appeals, which overturned both previous court decisions. The Ninth Circuit Court of Appeals restored von Saher’s claims, which were ruled against in the California District County and U.S. District Court for Central California, and sent von Saher and the Norton Simon Museum back to the District Court for litigation. The Norton Simon’s petition asked the Supreme Court to intervene and put an end to it.

“The Norton Simon Art Foundation remains confident that it holds complete and proper title to ‘Adam’ and ‘Eve,’ and will continue to pursue, consistent with its fiduciary duties, all appropriate legal options,” the museum said in a statement. The Museum’s appeal to the U.S. Supreme Court system has been denied, making von Saher’s claims valid once again.

Von Saher has had a ten-year history reclaiming her family’s stolen or misplaced artworks, including over 200 pieces retrieved with assistance from the Dutch government. The reason she was not able to acquire Adam and Eve was because the Dutch government had already sold the pieces to U.S. Naval Commander George Stroganoff-Scherbatoff (d. 1978). The Stroganoff-Scherbatoff family claims they are the rightful owners and that the pieces were stolen from their family by the Soviets before von Saher’s family acquired the artworks.

A few months ago, bequeathed Nazi-looted art came into question at the Swiss museum Kunstmuseum Bern. In this case, the museum had to evaluate if it would accept the collection of over 1300 pieces from deceased collector Cornelius Gurlitt. After much deliberation, the museum did accept the collection under the condition that all artworks would be evaluated in accordance with the Washington Conference Principles on Nazi-Confiscated Art. It has yet to be seen if any of the artworks will be confirmed as Nazi-looted art, but the museum promises to return any artworks to its rightful owner(s).

There are several points within the Washington Conference Principles that align with the Norton Simon Museum case, including:

Specifically, the second point here is what led the Ninth Circuit Court of Appeals to allow von Saher’s lawsuit to go to trial. It was determined that the pursuit of her claims did not conflict with United States federal policy.

Lucas Cranach the Elder’s Adam and Eve pieces have been in the possession of the Norton Simon Museum for over 30 years and were appraised at $24 million in 2006. Legal proceedings may continue, depending on the museum’s next steps, but at this point this is a legal victory for von Saher. This case is a great example of what happens after a staple piece of a museum or gallery has been claimed by an individual. The decision of this case will surely demonstrate the impact the Washington Conference has on longstanding collections and U.S. federal policy.—Jennifer Swan

More about: museums and libraries