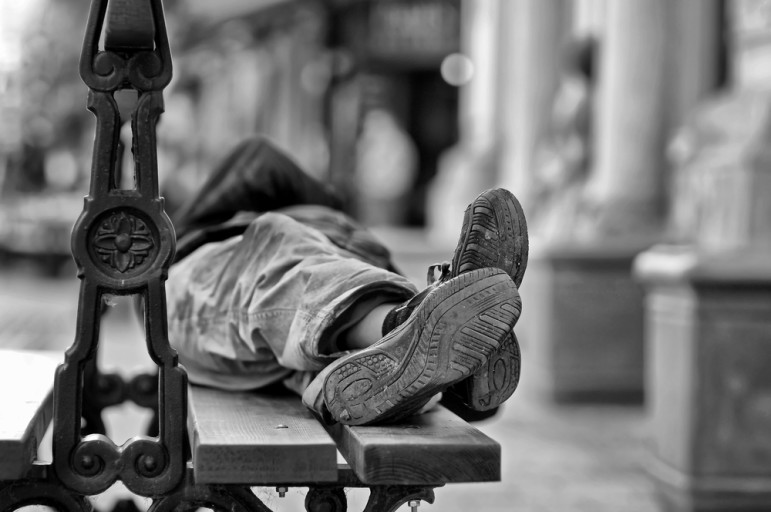 For those who are concerned about homelessness in the United States, it is worthwhile read the “street papers” that are produced and sold by homeless persons in many parts of the country. The perspectives to be gleaned are frequently revealing, as in the October 7th print edition of Washington, D.C.’s Street Sense. Its cover story by editorial intern Alexandra Pamias asks about those who don’t get served in Housing First programs in Washington—“who get left behind,” according to the headline.

An approach that offers permanent, affordable housing as quickly as possible for individuals and families experiencing homelessness, and then provides the supportive services and connections to the community-based supports people need to keep their housing and avoid returning to homelessness…While Housing First can be used in both short- and long-term interventions, the approach is closely tied to permanent supportive housing and…to rapid re-housing as well.

In Washington, D.C., Housing First has been a part of the city government’s response to homelessness since it was first launched during the administration of Mayor Adrian Fenty. Current mayor Muriel Bowser has populated her cabinet with experts who bring extensive Housing First experience to the table, notably Department of Human Services director Laura Zeilinger, whose official bio credits her as having “designed and implemented” the District’s Housing First initiative, and Department of Housing and Community Development director Polly Donaldson, whose prior work at the Transitional Housing Corporation included placing homeless families in transitional housing and permanent Housing First units. In DHCD’s RFP for affordable housing funds issued in August, the commitment to the Housing First model was evident in a requirement that five percent of the housing units in a funded project must be set aside as permanent supportive housing (PSH) units which would be made available following a Housing First model “in which clients don’t have to meet prerequisites before accessing housing and services…[which is] a recognized best practice in combatting homelessness.”

That is a solid expression of DHCD’s intention regarding the prioritization of its use of local affordable housing trust fund dollars, but the challenge is always one of making the model work. Pamias talked with Beau Stiles, the program coordinator for the Georgetown Ministry Center, about the homeless people he meets at his weekly gatherings for guests at the homeless drop-in facility.

Describing a story about one of his guests who believed that Stiles was trying to kill him through sorcery, Stiles averred that one major challenge is how to provide services to homeless people who might be suffering from a mental disorder. The executive director of the Georgetown Ministry Center, Gunther Stern, explained the challenge as “anosognosia”:

In its Winter Plan for getting homeless people off the streets during hypothermia season, the D.C. Interagency Council on Homelessness has expanded street outreach services to the homeless accompanied by the District’s commitment to Housing First. Stern says there will still be people who fall through the cracks of the policy; potentially as many as half of the homeless community will refuse Housing First assistance because of distrust of the system or other reasons, even if there is widespread adoption of the Housing First model.

Several noteworthy observers—Jack Tsai and Robert A. Rosenheck, Nicholas Pleace, Victoria Stanhope and Kerry Dunn, and Jeannette Waegemakers Schiff and John Rook—have written on the limited kinds of homeless people who are best served by the Housing First model. The criticism isn’t that Housing First doesn’t work, but that it doesn’t work in all cases, must be adapted to local conditions, and must be followed by the provision of education, employment, and human services to the re-housed homeless residents (essentially, the “where’s the [Housing] Second” question posed by Tsai and Rosenheck).

The stories Pamias recounts in Street Sense do not rely on the academic investigations looking for the empirical evidence that Housing First works. Rather, they are the experience of the homeless and the homeless service providers who meet the challenges on the street in the form of people who happen to fall through the cracks in the system. The D.C. Housing First model does work, but it’s not a panacea—even if there were Housing First units available for all the homeless to move into. Service providers will find themselves better informed overall about the population whose needs they serve when they read the newspapers that the homeless themselves sponsor, produce, and sell.—Rick Cohen