What It Means When Nonprofits Merge 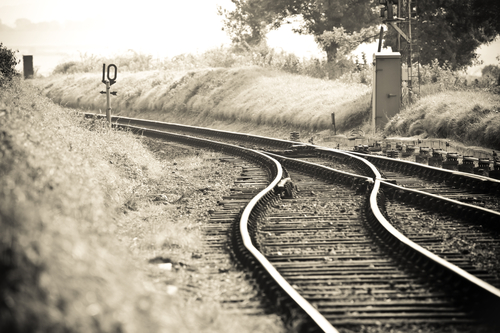 There are many ways we compromise as nonprofit leaders. Our time, our budgets, our resources…all for the greater good of our organizations and the communities we serve. But when is compromise necessary? And, more importantly, when is it the right thing to do?

It was recently announced that the Lancaster Museum of Art and the Demuth Museum, both located in Lancaster, Pennsylvania, will consolidate as one entity while maintaining their separate locations. The reason for the merger is to maximize resources, specifically staff and governance. (For a deeper discussion of the two museums, their histories, and their artistic missions, see Eileen Cunniffe’s newswire here.)

Sometimes the term “merger” has the connotation of failure. Contrary to that, many merger cases symbolize strength and vitality, especially when encouraged and endorsed by invested parties, such as elected officials and foundations. The National Council of Nonprofits refers to these nonprofit mergers as “collaborations,” “strategic alliances,” or even “partnerships” to defer any negative significance a merger could represent. In Lancaster, the museum merger has been approved both by a local foundation and the city’s mayor, furthering the positive impact this action will have on the community as a whole. So in this case, the merger is not due solely to a lack of resources, but to an outpouring of community attention and affirmation.

A strategic alliance allows for growth and sustainability through cost-effective and low-impact measures. The Lancaster-Demuth merger demonstrates the need for shared resources and capacity-building efforts to enhance the mission and continuation of these two major community assets. But who really benefits from this consolidation—the organizations, the community, or both? There are many reasons to merge (such as financial struggles, governing resources, etc.) but the community that is served is essential to any nonprofit’s success. The community is why a nonprofit exists.

In a 2012 article from the Nonprofit Quarterly entitled “Creating Fertile Soil for the Merger Option,” Judith Alnes identifies the realities of major motivations of mergers. Ninety-three percent of organizations merge to increase service delivery and to ensure the long-term financial stability of at least one of the merging groups, while 75 percent do it to save programs and services that might otherwise be lost without the merger. These statistics demonstrate that the community component has a heavy influence on whether or not an organization should merge with another.

Though mergers are often set in place to the community’s benefit, there are some instances when obstacles arise—not all mergers conclude with a happy ending. If mergers are intended to give communities and audiences a more well-rounded and stable experience, then organizations planning to merge should exhaustively examine all data that may affect the merger. One example would be to investigate audience overlap statistics, which can be identified as a cost-saving mechanism, as was the case with the Sacramento Philharmonic and Sacramento Opera merger in 2010. The merger was meant to address gaps in spending, and the small overlap provided partial justification for the organizations to merge to cover certain costs. The reality demonstrated that this overlap was not enough to sufficiently increase revenues; a merger was not the answer.

There are many lessons to be learned from nonprofit mergers, and a variety of both success and failure cases. Clearly, the good of the community should be the result of any merger, as it is at the crux of any nonprofit organization. Why do we continue to strive and thrive as nonprofits? To give back and serve our communities. Alone, we are a voice; as a collective, we are a force. Whether that force acts for our community of nonprofits or for our supporters and patrons depends upon the ambitions and goals of the unified, merged organizations and their anticipated plans for the future.—Jennifer Swan