What Should Be Asked at the First Presidential Debate 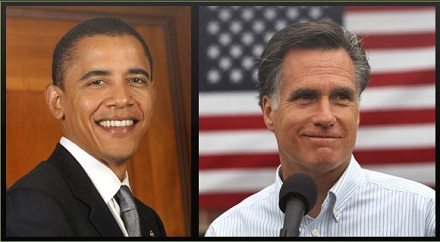 We’re only one day away from the first of three presidential debates between President Barack Obama and former Massachusetts Gov. Mitt Romney. Both have been practicing with their opposing candidate stand-ins. Politico’s James Hohmann suggests a few good questions that moderator Jim Lehrer might ask the two candidates.

Hohmann suggests that Obama explain why he didn’t push for a bigger stimulus package in 2009, as many liberal economists recommended at the time, whether he overestimated his ability to bridge partisan divides in Washington, why he has done so little to help families facing mortgage foreclosure, whether he is talking out of both sides of his mouth when he talks about no changes to entitlements as he puts changes in Social Security on the table for negotiations, and why he hasn’t shown any leadership on gun control even after the Rep. Gabby Giffords and Aurora, Colo. shootings.

For Mitt Romney, Hohmann wants him to name at least one specific tax loophole he would eliminate to help balance the budget, how he would figure out how to keep and pay for the popular but expensive parts of health care reform (such as no preexisting conditions) while getting rid of other pieces of the law, why he made Paul Ryan give him more years of tax returns than he is willing to disclose to voters, how he justifies paying a lower tax rate than most of middle income American taxpayers, and what three things he disagrees with in Ryan’s budget.

All good questions, but what questions would nonprofits stick onto the debate docket? We have several questions we would ask the candidates:

Through a nonprofit lens, what would you ask of the two presidential debaters if you were in Jim Lehrer’s seat on Wednesday night?—Rick Cohen