What the Heck Is a “Social Intrapreneur?” Or a Systempreneur? 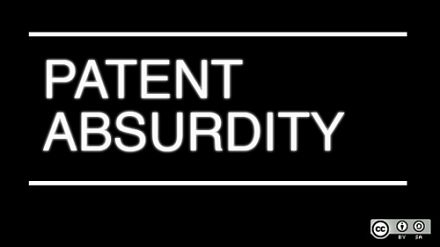 Fast Company presents a little gem of an article by John Elkington and Charmian Love that refocuses us on the many ways that advances are made in the world of social progress. Where many who dub themselves as social entrepreneurs are, in their own eyes, outsider hero types, there are many brilliant people working hard to make changes in the course of existing institutions and this work can be both excruciatingly hard and fruitful. These people can be called intrapreneurs.

In a previous article in Fast Company, Alexa Clay recalls a lesson from his former poetry teacher:

“Ben Lerner…explained…language in companies ‘approaches the absurd, where the shell of a communicative form is used to foreclose communication.’ That’s it exactly. There could not be a climate less hospitable to language and free expression than the corporation. Impoverished discourse became even worse in companies that have branded little micro-philosophies that become hackneyed with use: Just Do It (Nike), Don’t be Evil (Google), Get More Out of Now (Dell).

The genius about such go-to mottos is they provide a shortcut to decision-making that acts to push away all existential doubt.”

Intrapreneurs must resurface doubt and curiosity even when the culture shuts it down. But now Elkington and Love point out that these intrapreneurs are joined by people who see themselves as “systempreneurs,” people trying to create a breakthrough change in a system. They are, say the authors, looking for outside-in dynamics to act as the driving force in change and for that outside-in participation to be the norm rather than the exception. They point to the work of David Porter, managing partner at health care venture fund Apposite Capital, on identifying a series of impending global health care crises, many of which will be driven by aging and the “time–bomb” of dementia. Porter asserts that innovation and entrepreneurial approaches in the whole approach to the issue can help society cope well with the scale and impact of what has been called the “silver tsunami” of an aging workforce and the elderly.

Of course, none of this is brand new. The authors conclude, “Rather than just looking for ways to patch an existing, dysfunctional system, systempreneurs aim to do what the Occupy movement and others have called for: changing the system itself. Their early successes suggest that, with the right combination of political will, business acumen, and entrepreneurial spirit, capitalism can be rebooted to make it fit for future purpose.”

One might ask, considering the core proposition of the article, if the salvation of capitalism must be part and parcel of all of this since it is itself a system that may need a bit of “preneurism” to shake up the shop. –Ruth McCambridge