What United Way Wants to Be When It Grows Up 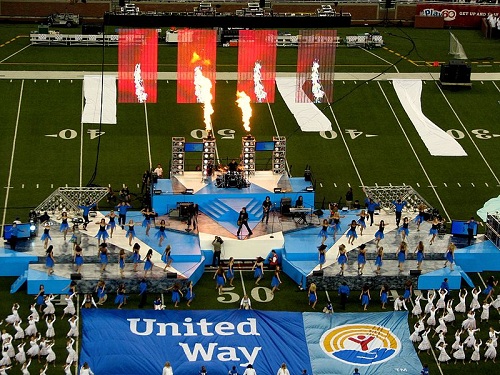 NPQ has to admit to being confused about what United Way is striving to be in the future. I guess the writing is on the wall regarding the waning of its traditional role as a workplace solicitor and a simple intermediary of funds. Crowdfunding and donor choice are edging out the general fund more and more. Over the past few decades, the network has turned this way and that—going after large donors in communities to replace declining workplace funds, getting acutely focused on  fewer fields than they used to fund and claiming the high road on a results orientation. Now it appears that they may be looking at something akin to an operating foundation/engagement specialist status.

Keith Thomajan of the United Way of Columbia-Willamette branch says that that organization, while it will not stop its fundraising, plans to put more resources into community engagement, and that it will do this in part by linking businesses with community volunteer opportunities.  He also says that the local United Way’s move in this direction is indicative of what is occurring at other United Ways around the world. “A central theme is moving from being a more transactional organization to a more relational organization,” Thomajan said. “This is a critical step in our building the United Way that our community has told us we want to be.”

That organization eliminated 10 positions, approximately 25 percent of its staff, to make space for 11 new positions with such titles as “director of community collaborations.” It does not appear that the shift is coming about as a result of any type of financial crisis. In 2011, it brought in $22 million, as compared with $18 million in 2006.

Thomajan said, “There’s a clear recognition that as a national system, the United Way needs to build a 21st Century iteration of itself.” Stacey Stewart, U.S. president of United Way Worldwide, said this “more direct role” is the way of the future. “Over time we’d love for all United Ways, small or big, to be operating in this way.”

“The overall transformation of the United Way really is everything to do with the fact that we’re 126 years old this year,” Stewart emphasized. “We’ve begun to really assess what communities need… we’re not alone in doing this work and we can’t do it alone. It has to be done collectively.”

Jason Mandell, spokesperson for the Los Angeles United Way, says they are still funding almost 100 other L.A. organizations, but they also “get their hands dirty” by advocating for public policy and developing coalitions. “The idea is to guide these groups and help facilitate and sometimes lead toward a common shared goal, the idea being there are a lot of groups working in isolation,” Mandell said.

So… United Ways, in our names, have solidified their contacts with big-dollar donors and corporations and are moving ever closer to becoming operating nonprofits themselves? Am I missing something?—Ruth McCambridge