What Will the Sum of Losses Be for Komen? 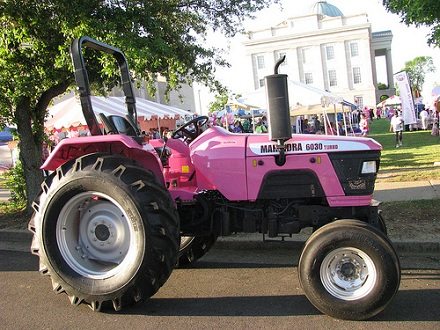 The Susan G. Komen for the Cure announcement in January that it was defunding Planned Parenthood (a decision that has since been rescinded) and the communications debacle that followed has cost the organization innumerable losses in supporters, money and executive talent. In the latest in a series of departures by top execs, Susan G. Komen for the Cure has now lost Julie Teer, its vice president in charge of resource development, who oversaw major donor work. Teer, who has been with Komen for four years, will leave to take on a similar role at the Boys and Girls Clubs. Other Komen execs who have recently left the ranks are vice presidents Leslie Aun, Katrina McGhee, and Karen Handel, who was credited with playing a role in the decision that resulted in the initial Planned Parenthood announcement.

Komen has and will likely continue to pay a steep price for its misstep with Planned Parenthood; both fundraising and participation in races are down significantly. Registration for its race in Washington, D.C., for instance, was down by approximately 40 percent, according to the Washington Post. In St Louis, race attendance reportedly declined by 14,000 participants, or about 22 percent. Earlier this year, Komen canceled its annual lobbying day on Capital Hill. It would be interesting for a researcher to estimate Komen’s total organizational losses from the Planned Parenthood flap in dollar terms. –Ruth McCambridge