When it Comes to Job Creation, It’s the Governors, Stupid! 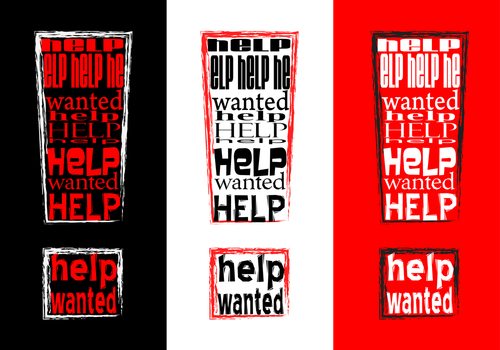 Consistent with Ruth McCambridge’s observation last week, it seems like some of the more creative approaches on job creation emanating from government are to be found in state capitals. (They’re not happening at the federal level, as the Obama administration has just launched a search under Vice President Joe Biden’s leadership for job-ready training programs that work.) Writing for Stateline, Pamela Prah observes, “Governors are proposing unconventional tactics to create jobs, especially in healthcare and high-tech.” The focus is on job-ready applicants, she says, noting that employers saying “they are ready to hire, but can’t find workers with the right skills.”

Among Prah’s examples are the following:

Prah offers a disappointingly longer list of governors following Cuomo’s idea of reducing or eliminating various taxes, including corporate taxes. The list of governors cutting taxes, ostensibly to spur economic development, includes Jan Brewer of Arizona, Mike Pence of Indiana, Paul LePage of Maine, Dave Heineman of Nebraska, Steve Beshear of Kentucky, Lincoln Chafee of Rhode Island, and Jay Inslee of Washington. The fact that the governors line up so quickly on corporate and other tax cuts contradicts Beshear’s contention that corporations tell him “that factors like low taxes, incentives, good roads, logistical support and low utility rates are all important…but their No. 1 concern is their workforce—finding enough talented, skilled, energetic, healthy and educated workers.”

In most of the specific job creation proposals (as opposed to the tax incentives) described by Prah, the governors were modest about how many jobs their innovative ideas would generate—which is refreshing. Sometimes, however, when one reads about job creation programs, the numbers are so high that it’s possible to think that these projections are accurate and reliable, though frequently they are not. For example, the Center for International Policy, a nonprofit watchdog, says that massive military contractor, Lockheed Martin, has exaggerated, to put it mildly, the job creation that has resulted the Pentagon’s funding of the firm’s F-35 joint strike fighter: Lockheed says that it has led to 125,000 jobs in 46 states, but CIP estimates only 50,000 to 60,000—the big numerical problem is the methodology used for estimating “indirect job creation.”

At the state levels, there are numerous reports of state subsidies failing to come close to predicted job creation goals, such as a 2013 report from the Alliance for a Greater New York which concluded that New York State’s $7 billion in economic development subsidies were “largely failing to create jobs.” A study of economic development subsidies in West Virginia concluded that corporations were actually “cutting jobs after receiving state tax credits and low-interest loans.”  As a result, watchdog organizations such as Good Jobs First recommend “clawback” laws that would require subsidized companies that fail to follow through on promised jobs, employment hours, or wages be required to repay part or all of the public funds they received.

That should be a reminder to all nonprofits that, while they have important delivery roles in job training and job placement, a critically important role for nonprofits is their watchdog function, to ensure that governors of all stripes uphold their pledges to use subsidies and incentives to stimulate direct and indirect job creation.—Rick Cohen