Which Is More Effective: Online Donations or Retail Donations? 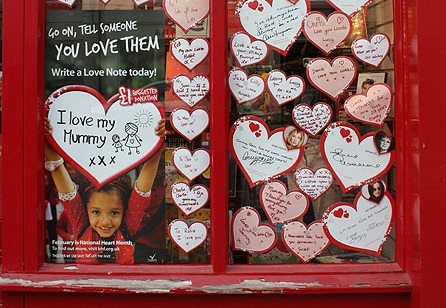 What did you see the last time you were at the cash register at a local Von’s grocery store? If you’ve been in the Los Angeles area during the past couple of months, you would recall seeing a sign asking for donations to the LA2015 Special Olympics World Games to support Special Olympians with developmental disabilities.

How about at your local Macy’s store? Macy’s has supported a number of causes, ranging from Make-A-Wish, women’s heart health, and empowering veterans to park conservation and reading. And both PetCo and PetSmart provide opportunities to donate to homeless pets when making purchases at the cash register. These are just a few examples of how retail approaches philanthropy.

A recent study by social-good consultancy Good Scout shows that retail donations—funds tacked on to purchases at the point of sale—are healthy and growing alongside online donations.

Maureen Carlson, President of Good Scout, explained, “Whether at a grocer, pharmacy, clothing retailer or even a fast food chain—our study found that consumers ultimately enjoy being given the opportunity to donate to a cause while conducting an everyday activity.”

Brittany Hill, Vice President of Research and Insights for Good Scout, added, “Despite perceived oversaturation of charitable donation at checkout campaigns, our findings prove that consumers are not only donating to charity at the register, but they actually like doing so and being asked to do so frequently…nonprofits should look at retail donation campaigns not merely as transactional fundraising opportunities—[but] instead, as true platforms driving organizational branding and consumer engagement opportunities.”

When considering different age groups, one might think that millennials, who tend to be more tech savvy and more likely to make online donations, might reject retail donations, but the report indicates otherwise. “Tacking on a dollar or two to a purchase they were going to make anyway isn’t a big deal for young people, and it requires little or no extra effort on their part,” writes Ricky Ribeiro in BizTech. “Convenience, it turns out, is just as important to charity as it is to commerce.”

When considering a nonprofit’s size and brand equity, this report’s findings don’t prove that giving is an either/or scenario. While there is no denying that the Ice Bucket Challenge proved to connect with many people and was successful because it went viral, this Good Scout report proved that donating at the register resonates with all age groups—and, according to Blackbaud’s 2014 Charitable Giving Report, online giving continues to increase. So, it’s up to each nonprofit to determine the best strategy for donations—and whether online or retail are most effective.