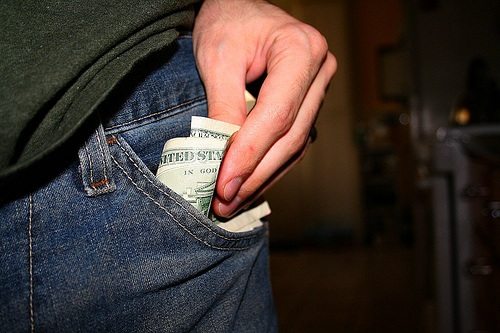 William E. Rapfogel, the long-time CEO of the Metropolitan New York Council on Jewish Poverty, was fired in August for using an insurance brokerage to overcommit the charity’s insurance payments by several hundred thousand dollars a year. Rapfogel’s illegal efforts were brought to light by anonymous letter that was sent to the board of directors, written by a former employee of the organization. Rapfogel issued a statement saying, “I deeply regret the mistakes I have made that led to my departure” and “I will do everything possible to make amends.” The organization also made a statement, stating Rapfogel had been dismissed in light of “financial irregularities and apparent misconduct in connection with the organization’s insurance policies.”

The departure of Rapfogel has again caused many to question the connections of charity and the political class in New York City. According to the New York Times, Rapfogel has been friends “since childhood” with Sheldon Silver, the speaker of the State Assembly, and Mr. Rapfogel’s wife, Judy, has served as Mr. Silver’s chief of staff since the 1970s. During Mr. Silver’s time as Speaker, the Assembly has provided $1 million in grants to the organization during various years, and Mr. Silver has routinely attended the charity’s fund-raising events.

According to the New York City deputy comptroller, H. Tina Kim, “nonprofit organizations may be overseen by multiple government agencies, creating ‘potential for some problems to be missed,’” outlining the challenges in monitoring efforts. New York City has seen issues before, most recently finding the disgraced New York City councilman Vito Lopez, who resigned under sexual harassment charges in 2013. The Ridgewood Bushwick Senior Citizens Council, an organization that Lopez founded, received $421,964 in discretionary funding from the Council. In 2009, Miguel Martinez, who resigned as councilman in 2009, pled guilty to three federal charges involving kickbacks and stealing $40,000 from a now-shuttered nonprofit, the Upper Manhattan Council Assisting Neighbors. The list is long of other similar abuses.

On September 18th, NPQ explored the testimony of New York prosecutors regarding the role of nonprofits in encouraging or abetting corrupt legislators. To read that story, click here.