Who Benefits? Why Effective Grantmakers Pay Attention to Demographics 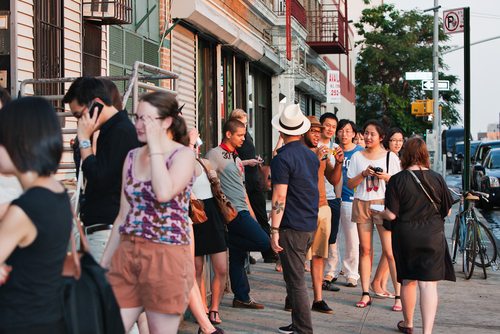 The 2012 elections showed that politicians ignore the changing demographics of our nation at their own peril. The same is true for philanthropy.

In 2010, an oil industry-backed effort to repeal groundbreaking restrictions on greenhouse gas emissions in California was soundly defeated at the polls. Local philanthropic organizations, national environmental organizations and even Hollywood played important roles in preserving the state’s effort to reduce emissions starting in 2012. But, according to activist Cathy Lerza, what made the difference was the block-by-block engagement of those usually on the outside of politics and environmental activism. Savvy, responsive community organizing in Asian-Pacific and Latino communities not only crushed Proposition 23, it also brought together new constituencies for the environment that will not easily be ignored.

In Cultivating the Grassroots: A Winning Approach for Environment and Climate Funders, environmental philanthropy expert Sarah Hansen wrote, “Any push for environmental change that fails to prioritize communities of color is a losing strategy.” Much the same can be said for any philanthropic endeavor. Prioritizing marginalized and underserved communities – lower income families, communities of color, people with disabilities, women and girls, the elderly and others – is essential for lasting impact.

As philanthropists strive to become more strategic and effective, grantmakers who want to achieve superior results must not only ask, “What am I trying to achieve?” but also, “Who benefits?” What proportion of our grant dollars is reaching those who might need those dollars the most? Given our mission and goals and the strategies we think will create change, is that share of grant dollars enough? Philanthropists who want to be effective have a strategic interest in understanding and documenting the communities that benefit from their grantmaking.

Some grantmakers have long understood the importance of ensuring that their grants reach our most underserved and vulnerable communities:

It’s for these reasons, among others, that, according to a recent analysis from the National Committee for Responsive Philanthropy, 40 percent of foundation grant dollars from 2008-2010 were classified as benefitting underserved communities, broadly defined. This is an increase from 33 percent of average grant dollars just four years ago.

In fact, NCRP noted a sizable increase in the reported share of giving to economically disadvantaged people (20 percent to 31 percent). This growth is largely responsible for the observed rise in giving to underserved communities more broadly. It appears that some funders laudably stepped up their giving to benefit the poor during the recession.

It remains to be seen whether this result is a passing response to tough times, the product of more accurate coding of grants, or evidence of a true sea change in how grant dollars are distributed. It’s nonetheless clear that more donors are paying attention to the “who” of their philanthropy (be they lower income communities, women and girls, etc.) as well as the “what” of their giving (be it education or the arts, etc.).

Seeing the “Who” in Philanthropy

Benefits often bubble up, but they don’t always trickle down. Most grantmakers seem to neglect the “who” of their philanthropy. This neglect ignores the rigid nature of the disparities philanthropists hope to alleviate. Universal programs will of course benefit some marginalized groups, but whether and how philanthropy reaches those on the margins will ultimately determine philanthropy’s contribution to democratic society.

For instance, the Campaign for Better Care, funded by the Atlantic Philanthropies and executed by the National Partnership for Women and Families in conjunction with Community Catalyst and the National Health Law Program, focuses on so-called “dual eligibles,” those persons eligible for both Medicare and Medicaid. Developing coordinated care for dual-eligibles with multiple chronic conditions requires payment system reform. People at the heart of the healthcare bureaucracy receive better care, and all patients benefit from streamlined and less costly payment systems. The principle is a simple one: “If we can make our health system work for them, we can make it work for everyone.”

Funding without this kind of strategic intentionality about whether a grant will benefit the most vulnerable is like trying to stop a bleeding artery with a bandage. It doesn’t work and, eventually, the entire system or community perishes.

Structural barriers to equality will not go away without an intentional focus on underserved and marginalized populations. Grantmakers are limiting their own impact if they ignore the “who benefits” question. John Jackson, president and CEO of the Schott Foundation for Public Education, explains the organization’s approach to school reform: “With the type of data points that we are up against, we need systemic change. You’ve got to build the public will. You’ve got to engage those who are most impacted by the policies at the grassroots level. So we target our resources in areas that are focused on building a broad-based movement, on building the grassroots capacity, highlighting the policy solutions, and engaging voters.”

Grantmakers that understand the importance of influencing and changing public policy for the better know the importance of building movements and constituencies for change. A philanthropic effort that ignores those who stand to benefit most not only compounds the marginalization these communities experience, but also misses the opportunity to change the game entirely by introducing new voices and players. For any grantmaker trying to change a system for the better, intentionally identifying underserved communities as the beneficiaries of their philanthropy is essential knowledge. If authentically engaged, these communities and the nonprofits that serve them are the keys to success and champions for important change.

Philanthropy Is Neglecting Its Own Best Champions

In future budget battles, tax reform debates and conversations about the role of wealth in our democracy, philanthropy will need its own defenders, and it does not have them. According to the Philanthropy Awareness Initiative, fewer than half of engaged Americans can identify a foundation, and just one in ten engaged Americans can give an example of a foundation’s impact on an issue that they care about. Philanthropy looks at statistics like these and resolves to tell its story better. Perhaps philanthropy needs new stories as well.

Philanthropy rightly enjoys an independence afforded to few other institutions. A sector that can document significant contributions to the most underserved in our society is best positioned to maintain that independence in the face of growing scrutiny. Whatever a funder’s chosen field or endeavor, it makes strategic sense to ask, “Who benefits from your philanthropy?” and to focus efforts on those who are most marginalized or underserved. We offer four key points:

Prioritizing marginalized communities does not ensure success, but the absence of a commitment to underserved groups virtually assures failure. In a process of self-reflection, foundations must determine for themselves what will best help them and their grantees achieve their missions. Funders who employ these grantmaking strategies are an excellent resource for peer learning. Simply asking, “Who benefits?” and focusing funding on those who are underserved can contribute to more impact and better outcomes for the beneficiaries, the foundation and our society.