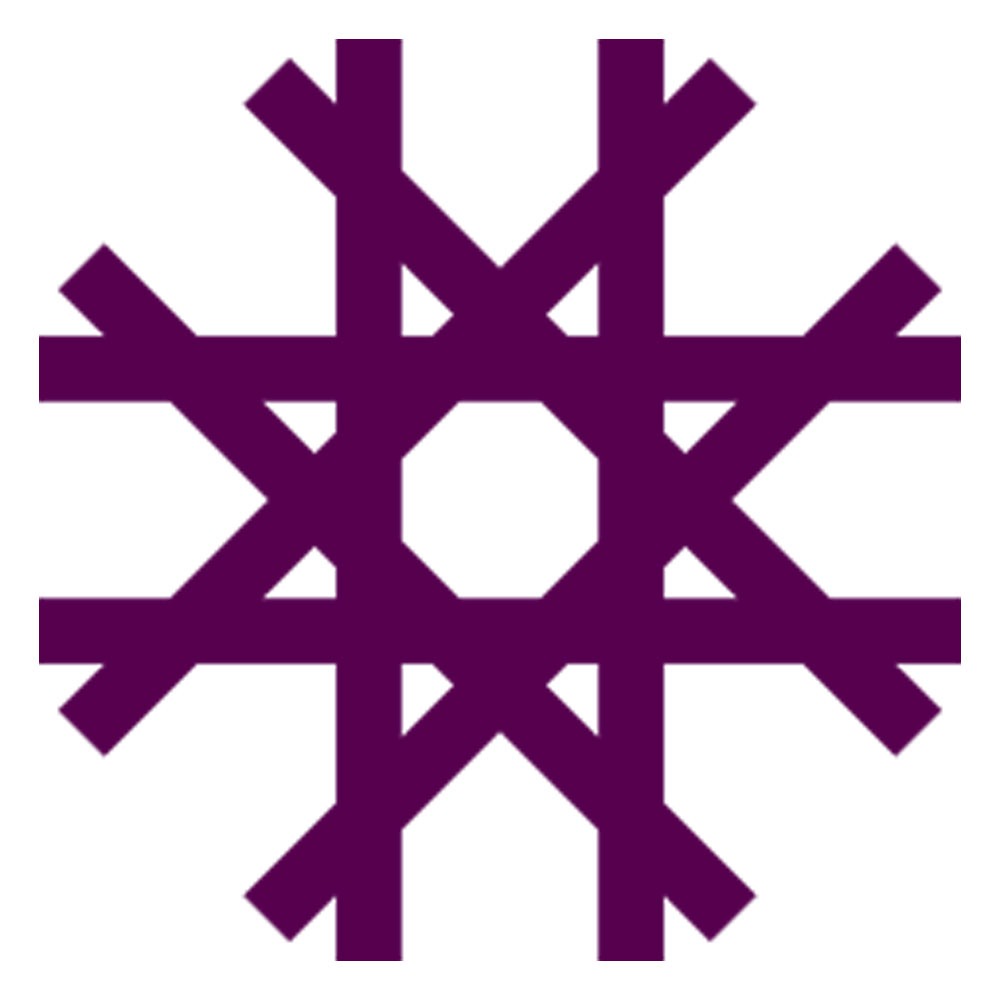 Editors’ note: This article, from an interview with Takema Robinson, executive director of the Greater New Orleans Funders Network and CEO of Converge Consulting, brings a core question front and center regarding the uses, effects, and even basic ownership rights of philanthropy in a democratic and racialized context, applying it to disaster philanthropy—a frame that is in much use right now. It appears in the fall 2020 edition of the Nonprofit Quarterly.

For decades, an ongoing debate within and around philanthropy has centered on who “owns” the money held in a philanthropic trust. When questions about holding philanthropy accountable are posed, it is common for conversations to shut down, or for these inquiries to be rebuffed with a comment to the effect of, “But it is, in the end, their [the philanthropist’s] money.”

Many argue that it’s not, in fact, the philanthropist’s money past the point when it is donated; rather, institutional philanthropy consists of dollars that are held in trust for the good of society. But who determines what is in society’s best interests?

And there lies the rub.

In our current formalization of philanthropy, it is the donor and/or the designees (foundation staff) who get to answer that question—and do so in ways that reflect their comfort zones, their experiences, and their judgments of other people.

Who controls the money impacts core decisions—from how quickly the corpus will be spent to who receives grants and why. In nearly all cases, “elites” control philanthropic money. These are primarily white and male and monied, and this starkly limits philanthropy’s transformative potential. As long as its central design begins with the assumption that the money belongs to the elites who extracted and accumulated more money than is good for their communities, we are unlikely to end up anywhere else than in an ever more extreme version of our present oligarchy.

This oligarchy seems to get increasingly entrenched, with financial crises often leading to further concentrations of power and wealth. That is why we need a radical shift in the way philanthropy does business.

As Takema Robinson, of the Greater New Orleans Funders Network, explains, philanthropy, along with the country in general, needs to hand over its ownership rights in the form of reparations and control to those whom it has most seriously injured through the accumulation of wealth, especially people of color—people excluded from the prosperity deserved by all—and the movements and organizations they lead.

Robinson knows more than most about the ways that philanthropy behaves during crises; she has worked in and around philanthropy for many years, dating back to when Hurricane Katrina hit the Gulf Coast, fifteen years ago. The storm and its aftermath laid devastation to the whole region, but its effects were most catastrophic to those who had the least. This is a common pattern—one we’re seeing again with the COVID pandemic, which has hit people denied the social protections, prosperity, and well-being that should be accessible to all, harder and in many more ways than others. The traditional ways of approaching such disasters, says Robinson, which at first may look evenhanded, typically reinforce preexisting conditions of inequity, forcing the hardest hit into the most marginalized positions.

The problem, in Robinson’s opinion, is that basic precepts of philanthropy are built on biased assumptions. These assumptions show up vividly in crises, she says, and they can be boiled down to the fact that “there is no expectation that the very people from which the capital in these institutions has been extracted should have a seat at tables where regions are being reimagined—because in philanthropy, the concept of reparations is not yet taken seriously. Therefore, the idea that a central focus on reconstructive equity—equity that acknowledges the harm and makes people whole—should take precedence, is foreign to many philanthropists.”

The patterns in which inequitable disaster philanthropy plays out in its two initial phases, Robinson says, are familiar and identifiable. The first phase focuses on emergency interventions. During this phase, when emergency needs are the focus, the impact of preexisting conditions starts rolling out in the public eye. This is when it is noted, for example, that more Black, Brown, and Indigenous people are getting sick from COVID-19, or are being impacted disproportionately by a natural disaster. In phase two, however, when discussions begin about reimagining space, place, and power, a struggle begins over who will define the future. It is here, Robinson says, that you will see the powers that be peel off into separate rooms and lay the foundation for what is to be done.

This is the result of entrenched power relationships and unequal access to resources, including democratic decision making.

As Robinson relates, following Katrina, a small group of businesspeople were selected by the Mayor to serve on the Bring New Orleans Back commission, to decide the fate of the city and all its residents. Once revealed, the resulting plan (popularly known as the Green Dot Plan) seemed designed specifically to discourage the return of some portions of the population—particularly, economically disenfranchised Black residents. And, indeed, New Orleans is a very reconfigured city fifteen years later.

The pushback from dispersed New Orleans community leaders and residents was swift, Robinson says, and some foundations did respond, with grants to support a more participatory process that would come to be known as the Unified New Orleans Plan. While well intended, many of these grants were focused, she says, on “overcoming immediate challenges rather than investing deeply in the necessary building of power. What people really needed was fluency in political and policy advocacy work based directly in the communities that were hardest hit.”

Albeit many delays transpired, this shift toward investing in power building eventually occurred, as some philanthropic organizations set aside their imported priorities to allow community partners to lead, says Robinson. Examples include Ford’s deep investments in power building, Kellogg’s generational commitment, Surdna’s investments in arts and culture—and all of these foundations standing up with Foundation for Louisiana, Louisiana’s first statewide public charity explicitly committed to equity and justice.

With the future of communities on the table, community groups were too often in the position of soliciting foundations for the necessary resources to fight back while politely negotiating various capacity-building and technical-assistance offers, which often contained “code phrases,” notes Robinson, for “We don’t trust you.” By the time all of the “compliance” work was done to vet organizations on the ground, planning had already commenced, with existing power bases in full sway. When such traditional power bases are in control, the dynamic then becomes reactive.

What should be done? Robinson asserts that philanthropy should collapse that first and second phase; we need to elevate investments in power building as an ongoing priority, and when disasters occur, we need to double down while also addressing the immediate life-preserving needs for food, water, shelter, and medical support.

That takes intentionally overinvesting in community infrastructure before acute disasters hit, trusting current leadership in communities that have been damaged by centuries of exploitation, and understanding that these acute disasters only exacerbate perpetual crises like housing and income insecurity. Such investment would allow those working on the ground to build the necessary power bases over time, to be mobilized to address the deeper problems that have flowed from racism and extractive capitalism.

Philanthropy, Robinson says, often sees acknowledgment of the effects of racism and extractive capitalism as risky, in that it is often in current relationships with those for whom extractive capitalism is an active practice; and in that context, so-called risk aversion really just often boils down to one more example of structural racism. Philanthropy’s risk-aversion calculator, she remarks, needs to be transformed, along with philanthropy’s capacity-building and technical-assistance approach. Without an antiracist analysis, these two tools can, unfortunately, be used to further spread toxic assumptions about who is and who is not worthy of investment. To be clear, Robinson is not suggesting that technical assistance and capacity building be abandoned—but she does suggest that if foundations feel driven to provide technical assistance, to look to themselves first by hiring more staff of color.

The country is currently besieged with multiple disasters, says Robinson, not the least of which is the crumbling of our democracy—and philanthropy is behind the curve. She suggests that if a reparations lens were applied, the whole view of what philanthropy is doing in response to a rapidly deteriorating situation could come into far clearer focus; but for that to occur, philanthropy will have to find a way to release its death-grip on the capital that it controls, and admit that the money it stewards needs a radical change in direction. Robinson reminds us that if philanthropy is to live up to its definition—the betterment of humankind—it must put people first. And she insists they be those most impacted by the persistent disasters of racism and extractive capitalism.