“Who Owns the Art?” and Other Questions Lingering at the Intersection of Culture, Class, and Money 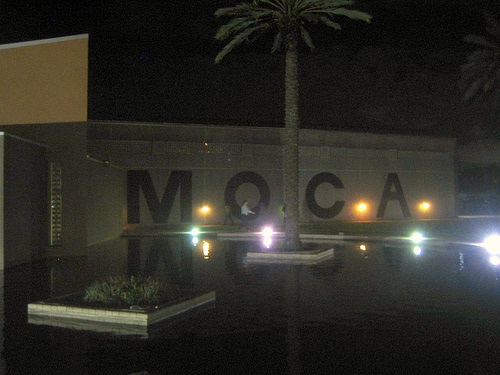 Recently, NPQ reported on an ugly dispute in North Miami where the city and the board of directors of the Museum of Contemporary Art (MOCA) were ordered into mediation to resolve important issues relating to mission, ownership of the collection, maintenance of the facility and management. Over the past year, we have devoted significant attention, most recently here, to the tug-of-war over the Detroit Institute of Art’s collection as either a possible solution to the bankrupt city’s pension problems or as a cultural trove the people of Detroit ought not to be deprived of.

In each of these instances, the city owns the building that houses the collection and a nonprofit entity exists to manage the mission, governance, collections, and programs of the organization. While there are important differences in the underlying disputes and the scale of the related fiscal challenges, in both cities, the outcome now hinges on the final results of mediation. And in both cities, issues of culture, class and money seem to be colliding.

In an editorial last week in the South Florida Times, Carole Boyce Davies, director of the Florida Africana Studies Consortium that recently sponsored a symposium titled “Re-/Claiming Art, Power, Ideas And Vision In An Ethnically Plural Community” at North Miami’s MOCA, raised the following questions, which no doubt apply to situations in other cities, too:

As noted in a Harvard Law School report, murky lines around governance and management have exacerbated the challenges in both cities:

The debates over the fate of these two museums suggest, in part, the need for business negotiators to carefully think through the range of future outcomes when hammering out an initial contract. In both cases, the question of who owned the museums’ collections became an issue as a result of fiscal difficulties in their host cities.

When partners are negotiating a new business deal, overconfidence can lead them to overlook the possibility that the business will fail or otherwise struggle. Wise negotiators envision not only the best-case scenario, but the worst-case scenario, and prepare for it before signing on the dotted line.

Detroit is clearly living through a worst-case scenario, and while that may not be true of the city of North Miami, the MOCA dispute could have worst-case implications for its residents in terms of their access to a world-class art collection.—Eileen Cunniffe