Who’s Going to Lighten the Load of Obesity’s Heavy Costs? 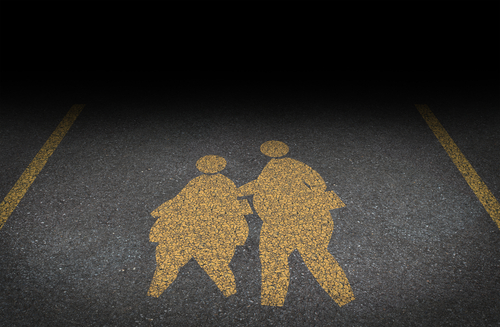 NPQ has covered the public health implications of obesity and what nonprofits and funders are doing to reduce its effects on society. However, the problem continues to grow. The United States ranks as one of the top ten countries in the world when it comes to obesity, according to U.S. News & World Report. The disease has reached epidemic proportions. In the U.S. today, 78.6 million adults and 12.7 million youth are obese. It is alarming to note that two-thirds of all Americans are overweight. The outcomes are crushing. We are experiencing increasing rates of morbidity and mortality. Due in part to obesity, there is an increasing prevalence of coronary heart disease, stroke, Type-2 diabetes, certain kinds of cancer, and other disease states. The costs to human health are crippling.

The economic costs are staggering, too. On May 12th, the Brookings Center for Social Dynamics and Policy (CSDP), in partnership with the World Food Center of the University of California – Davis, presented new research that quantifies a wide range of the economic costs of obesity. The report predicts that if those 12.7 million obese children become obese adults, the costs would be $1.1 trillion.

Matt Kasman, research associate for the CSDP, states, “It’s a good reason to care about this.” Brookings researchers looking at adults between the ages of 25 and 85 calculated that costs per individual were on average $92,235.

The damages fall into four categories: Direct medical costs, productivity costs, transportation costs and human capital costs. People who are not able to work, in the long or short term, set back society in terms of Social Security disability insurance or private insurance. Also, lack of productivity means losses in taxes.

There no doubt that obesity is a systemic problem that requires a spectrum of interventions from healthcare systems and providers, federal, state, and local governments, local communities, faith-based groups, and nonprofit organizations in order to divert the oncoming tsunami. The CDC’s Division of Community Health (DCH) works to “strengthen health efforts in towns, cities, counties, and tribal areas throughout the nation to help communities prevent disease and promote healthy living.” The goal of these community-level efforts is to make healthy living easier where people live, work, learn, and play.

The DCH has partnered with nonprofit organizations around the country. The results have been impressive. For example, the YMCA in Chicago has put in place activity and nutrition guidelines for its afterschool program. An estimated 55,000 youth are members of that Y. The Proyecto Movimientos program through the YMCA of Silicon County has reached more that 1500 community members with free fitness events. Maui, Hawaii, has increased access to healthy foods thanks to the UpCountry Farmers’ Market. Five thousand Supplemental Nutrition Assistance Program (SNAP) recipients can now use EBT to purchase fresh produce for their families.

Michelle Obama’s Let’s Move campaign calls for families, communities and organizations to join together in supporting “America’s Move to Raise a Healthier Generation of Kids.” Through Let’s Move! Museums and Gardens, 597 participating institutions across the nation have signed up to offer active exhibits and healthy food choices.

Other nonprofits are also tackling the epidemic. This month, the 50,000-member Obesity Action Coalition (OAC) launched a national television PSA as part of its Your Weight Matters campaign. The announcement focuses on family and relationships that influence weight and health. It challenges Americans to talk with their health providers about the impact their weight may have on their health, and offers a free resource toolkit that helps people to have that conversation.

OAC’s call to action gives a number of ways for viewers to help spread the word, including posting on social media or embedding it in a blog or newsletter.—G. Meredith Betz