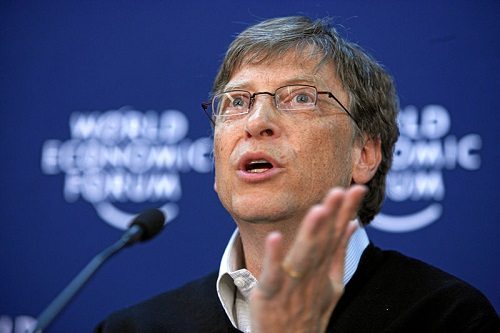 “Grand Challenges” is the phrase Bill Gates uses to describe his approach to some of the world’s largest health problems. The grand challenge approach is designed to deploy venture capital on complex problems that affect the multitudes. In a recent blog post, Gates wrote that this approach recognizes the risks involved and acknowledges that many funded approaches may not work out. However, Gates writes, “I’ll be delighted if five years from now, 20 percent of the initial projects are being deployed and saving lives.” It’s a marked departure from the way many foundations approach grantmaking.

Guiding this grand challenge approach is a framework of thinking he describes as “catalytic philanthropy”:

“So when you come to the end of the innovations that business and government are willing to invest in, you still find a vast, unexplored space of innovation where the returns can be fantastic. This space is a fertile area for what I call catalytic philanthropy.”

However, taking a flyer with a lot of money (and maybe sometimes too little groundwork) often has unanticipated consequences. In some cases, it may tempt public systems to address a problem in a way that alienates other stakeholders or crowds out other approaches, as with Mark Zuckerberg’s investments in Newark or with Gates’ own investments in student data mining and small schools. Bill Schambra has written about these kinds of top-down, brilliant ideas that work out kind of weird many times in our pages.

Gates acknowledges he did not invent his perspective; the core concepts date from John D. Rockefeller’s experimentations in philanthropy in the early 1900s. Rockefeller realized his scale of wealth and resources required new kinds of thinking about the role of philanthropy. Rockefeller pioneered several large-scale efforts, testing out a number of concepts that Gates has refined and expanded.

As with Rockefeller, Gates faces the challenge of how to invest or spend vast sums. By way of perspective, the Bill & Melinda Gates Foundation is seven times larger than the next largest, the Ford Foundation, when Warren Buffett’s contributions are factored in. Looked at another way, the Gates Foundation represents about one-tenth of private foundation capacity.

Unlike Rockefeller, however, Gates intends his foundation to ultimately spend out and dissolve within 20 years of Bill and Melinda Gates’ passing. In the case of funds added to the foundation from the estate of Warren Buffett, Buffett requires all amounts to be spent within a ten-year span.—Kevin Johnson