Why Hasn’t the Brown-Warren PAC Pact Caught On? 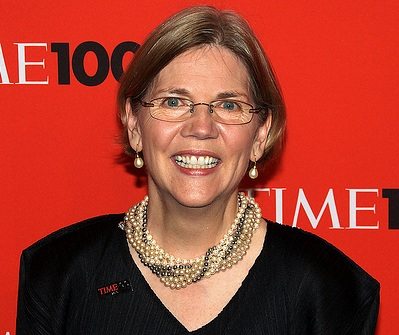 The NPQ Newswire has reported favorably on the deal struck between Sen. Scott Brown (R-Mass.) and his Democratic challenger, Elizabeth Warren, to shut off the spigots of independent groups such as PACs and 501(c)(4)s from running campaign ads on their behalf. Although Brown has had to pay penalties under the deal twice because of ads run by the American Petroleum Institute, their pact has largely been working, a testament to each candidate’s integrity.

First, the issue might be partisan. In each additional instance cited by USA TODAY, the offer came from the Democrat and was met by the Republican with either no response (as in Florida), a rejection or a counter-proposal (as in Montana) deemed unacceptable by the Democrat. It might be that Brown is a Republican anomaly, a moderate Republican outlier in an otherwise increasingly right wing Republican Party. It may be beyond the pale for Republicans that someone could cut a deal with Elizabeth Warren, who the Republicans so reviled that they not only killed her candidacy to run the consumer protection board created by the Dodd-Frank legislation, but also tried to kill the agency as well. In an era of incredibly shrinking bipartisanship, the Brown/Warren pact may be an example of the cooperation that most Republicans simply will not stand for.

Second, the issue might be ideological. As a moderate Republican, Brown might not see it, but many Republicans equate PACs and 501(c)(4)s giving money with voice. Therefore, having politicians limit the role of money in politics as the two candidates in Massachusetts have may be seen by some as an infringement on First Amendment free speech rights.

Third, the issue might be tactical. The League of Conservation Voters, backing Warren, has explained that being freed up from spending tons of money on political ads allows it to spend money on get-out-the-vote efforts for their favored candidate. But do political donors think that money is better spent on ads? For many political donors, the ads are the thing and in many cases win the day (think of the work of Romney’s PACs knocking off successive Perry, Gingrich, and Santorum challenges).

Whatever the reason, the voluntary deals struck by the likes of Brown and Warren won’t take the place of legislative action to remove big, often secret, money from its role in the political manipulation of electoral campaigns.—Rick Cohen