Why Raise Taxes When You Can Raise Money? Governments Take a Dip in the Donor Pool 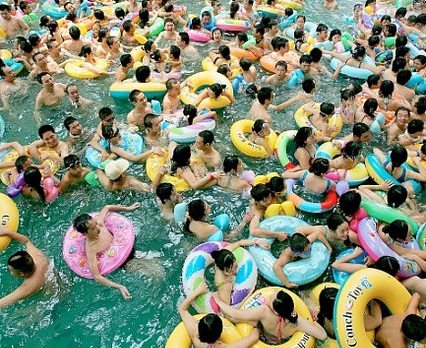 A by-product of the Great Recession and the growing calls to restrain spending, governments at the state and local level are turning to traditional fundraising in a surprising number of ways. Of course, fundraising for public entities and services has happened for years, usually at arms-length via friends’ groups or foundations for state universities, libraries, parks and, increasingly, local schools. But as federal stimulus money ends and the economy continues its uneven path, state and local budgets remain embattled. Seeking private gifts, which are voluntary and convey the notion of marketplace approval, is a path increasingly being chosen or considered across the nation.

What Is Government up to?

Some government efforts are new and range from creative to questionable:

Some government efforts, like the familiar income tax check-off boxes, seem to be enjoying more attention as budgets tighten. California’s Voluntary Contributions Fund shows how the process is evolving. Battling budget deficits, last year Gov. Jerry Brown signed a bill that directs the state Franchise Control Board to remove, at least temporarily, four options from the check-off contribution option (including municipal shelters for spay and neuter, ovarian cancer research and others) because they did not meet the required $250,000 minimum in public support. But he mandated the addition of several other funds, including those for the arts, ALS/Lou Gehrig’s Disease research, child victims of human trafficking and the California sea otter. The directive also included tax credits for donating fresh fruit and vegetables to the state’s nonprofit food banks.

The California state controller may take up to two percent of proceeds, and the Franchise Control Board may take up to three percent. Donors may reasonably think that a total of five percent for administration, with zero fundraising costs, is not a bad deal. But it begs the question: What has been the impact of these efforts on the overall picture of voluntary support for the causes chosen?{loadmodule mod_banners,Newswire Subscription Plea}

California illustrates the struggle of governments trying to juggle hard budgets with community needs. It also reminds us of the assets government can bring to the struggle to fund those needs, among them comprehensive databases, the ability to call attention to community needs, and the power to give or withhold rewards and recognition.

What Do These Government Fundraising Efforts Have in Common?

Whether they occur on Kickstarter, television or your income tax instructions, there are four elements that the great majority of these efforts have in common:

A comprehensive review of government programs is well beyond the scope of this article, and it could be that functions like transparent stewardship, reporting and savvy planning may be present in some government programs. Professional fundraising colleagues with whom I checked said they simply didn’t know. Perhaps it’s time to find out.

Where to Start? A Modest Call to Action

We in the nonprofit sector don’t know enough about emerging or contemplated activities by state and local government. Let’s fix that with an inter-sector discussion, a national debriefing on the experiences—good and bad—of government-as-fundraiser. I believe both sectors, not to mention donors including our friends in the business sector, would welcome a strategic, high-level review of government charitable fundraising activities. Let’s organize cases in some meaningful way (e.g., response to emergencies, supplementing core operations like schools, replacing public funds, supporting new services, etc.). Then, together with government officials, let’s ask some key questions, including:

Such a national discussion should be hosted by an institution known for smart, disciplined and objective thinking—one with well-established relationships in both the government and voluntary sectors.

Who would participate in this inter-sector discussion?

The nonprofit community could be represented by Independent Sector or one of the various groups representing nonprofit CEOs and board members. The Council on Foundations and the Association of Fundraising Professionals should probably be at the table. I would also urge that any high-level discussion of government charitable activity also involve the newer charities (i.e., those created within the last ten years, which are often technology-driven). The discussion should also include big players like Donors Choose as well as many local and regional groups that are too often absent from our sector’s conferences even though they have fresh thinking to offer.

On the government side, two groups seemed suited to the task. The Council of State Governments (CSG) has in-depth national and regional conferences probing everything from new technology and innovations in education to state government structure. CSG also has affiliate organizations which include national associations of state technology directors, emergency management officials, attorneys general, CFOs, and others—just the people you’d want around the table when pondering inter-sector issues involving fundraising.

CSG also provides highly qualified specialists in their “Expert Guide,” available to consult with states on topics like government structure, the economic impact of the arts, conservation, school finance and social justice. But I saw no expert on voluntary giving or philanthropy. Perhaps our sector should offer a few experts to provide counsel to states seriously involved in—or considering—charitable solicitation for government functions.

Another candidate is the National League of Cities, which is meeting in July at Tufts University to discuss the impact of income inequality on cities. It has a Center for Research and Innovation, which in May announced a three-year MacArthur Foundation grant to study the fiscal health of cities. The research will be conducted with the University of Chicago and advised by the Federal Reserve. So there is no shortage of serious, smart people working within state and local government associations to look at the big issue of meeting communities’ needs.

If these groups have case studies evaluating government fundraising activities, let’s assemble and evaluate them as a sector. If not, let’s help develop them.

Three Cautions for Our Sector

Nonprofit professionals generally react to the notion of government fundraising with doubt if not outright hostility. After all, there is a tide of skepticism in the general public about the ability of government to solve or even tackle big problems. And, while efforts like Portland’s use of Kickstarter may increase overall giving, other government fundraising is clearly an abject failure in terms of addressing important albeit difficult funding decisions. While it may prove inevitable, we should strive to avoid taking sides in contentious political debates over the proper role of government, much less taxation or spending policy. We should at least begin by acknowledging that the great needs in our communities require an “all-hands-on-deck” approach. Every productive idea, regardless of its origin, should be welcome. I would counsel my colleagues in the nonprofit community to:

The new world may at times appear scary and without a roadmap, but our job is clear: to be fiercely determined and creative in exploring ways to meet the needs of our communities. American donors and those we serve have always expected our leadership. So let’s lead, starting with a clear-headed, inter-sector look at the results and implications of government going into the fundraising business.

Richard McPherson is chief innovator at McPherson Associates, Inc., the Philadelphia-based agency he founded in 1984. He has raised money for organizations in conservation, higher education, women’s rights, public broadcasting, international relief and the arts, and advised the late Mrs. Martin Luther King, Jr. and former President Jimmy Carter. He is on the faculty of the Heyman Center for Philanthropy and Fundraising at the NYU School of Continuing and Professional Studies. He is author of Digital Giving: How Technology is Changing Charity (2007, iUniverse) and the forthcoming Mobile Giving: How Your Phone is Changing Charity, due in print, e-book and mobile app in late 2012.

Editor’s Note: NPQ is a place for dialogue. We’d love to hear readers’ opinions on this proposal regarding the fundraising of government bodies.