Why Un-fund a Proven Program? The Teen Pregnancy Prevention Fiasco 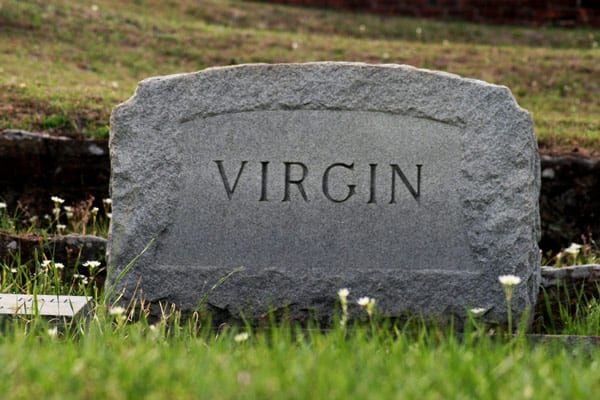 One of the goals of sex education in schools is to help young people understand the risks of unprotected sex, including sexually transmitted infection and pregnancy. For many in the Trump administration, only one approach to sex ed is permissible: abstinence until marriage. Through the positions they hold, adherents to this view apply their influence over federal policy to ensure this approach is the only one that’s federally funded. This work didn’t take place overnight; like most conflicts over ideology, this one has been brewing a long time, even if it only catapulted to prominence in the last two years.

The change has led to the dismantling of a successful program, the Teen Pregnancy Prevention (TPP) Program, which began with bipartisan support in 2010.

The initiative is the result of bipartisan legislation passed in 2010. Funded at $101 million annually, it’s the federal government’s biggest investment in educating adolescents and teens about their sexual health. It was designed to support evidence-based interventions that were measurably successful and rigorously tested, and to provide funding for promising new interventions.

At the time, the federal government recognized that sex education needed to be research-based, medically accurate, and culturally, racially, and age-specific. The goal was a reduction in STIs, fewer teen pregnancies and abortions, and more young people staying in school until graduation.

Now, the 2018 budget would eliminate the TPP Program. But even before this move, in 2017, the Department of Health and Human Services (HHS) made cuts to TPP, including informing 81 grantees that their funding was being eliminated three years into a five-year grant. This may be connected to the appointment of Valerie Huber, formerly the president of the National Abstinence Education Association (now named Ascend), to a lead position in HHS. Chaos followed as grant recipients and the schools and school districts they served looked for ways to meet the state and local requirements to teach HIV and STI prevention. The Chronicle of Higher Education presents this story from Ohio:

Ohio requires schools to teach STI and HIV prevention, but doesn’t require them to offer sex ed, or budget money for that purpose. The federal grant made it possible for local health officials and educators to teach the most vulnerable youth about sexual health, including how to prevent pregnancy. The Cuyahoga County District Board of Health chose from a list of evidence-based sex ed curricula and contracted with a nonprofit group to deliver lessons to area youth between the ages of 12 and 19.

“We need to reach these kids because no one else is doing it in a comprehensive type of way,” says Brandy Eaton, supervisor and project director for the Cuyahoga County Board of Health. “They get things here and there from their friends, from the internet, from pornography, but no one is doing it comprehensively.”

Data from the Cuyahoga County District Board of Health show the average teen birth rate dropping from 24.8 per 1,000 to 21.4 between 2015 and 2016. Data from 2016 to 2017 isn’t available yet. While Eaton says several factors likely played a role in the initial decrease, including more teens opting for long-acting reversible contraception like an IUD, she believes reaching them with sex ed that included information about pregnancy prevention, STI and HIV risk, contraception, limit setting, and abstinence skills made a difference.

This HHS fact sheet repudiates all of the positive results from the TPP Program, calling it hastily conceived and a waste of taxpayer dollars.

In some ways, the cancellation looks like revenge for a similarly ended abstinence-only program. Though revenge can be sweet, it may be fleeting. Lawsuits filed by several grantees and advocacy organizations claiming that the termination of funding was unlawful were upheld in federal court, and those four grantees now have their funding through 2020. Additional lawsuits argued that the administration had violated the Congressional intent behind the TPP Program, and this, too, was met with agreement by federal judges. HHS has yet to appeal.

But this year, Congress passed a new bill with state grants for “sexual risk avoidance” curricula that focus on “refraining from nonmarital sexual activity.” They also passed a second bill that includes the above wording in conjunction with programs that use medically accurate information and an evidence-based approach.

If such programs exist under the umbrella of abstinence-only education, they may be a rarity or something that is “in development.” But federal funding is available for them.

As the back-and-forth continues around the issue of sex education, there are consequences for children and youth: potentially higher rates of STI transmission, underage pregnancy, and dropping out of school. This is not the future any of us seek, especially when research has shown there’s a better way.—Carole Levine