Why You Should Run Your Business Like a Nonprofit 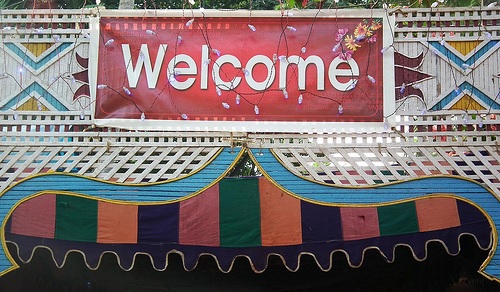 Strong, well-run nonprofit organizations have adopted many best practices from business. They know that good management and strategically deployed resources help them gain market respect, donor confidence, and public support. But the attention rarely goes in the opposite direction. Most for-profit companies just don’t see what nonprofits do as relevant to making a profit. Instead, they look to competitors, admired firms, management gurus, and business schools for inspiration.

Yet in a world of fast-diminishing customer and employee loyalty, for-profits can learn substantial lessons from nonprofits in three areas: identifying and serving an irresistible mission that emphasizes a higher purpose, cultivating passionate employees, and keeping customers engaged and loyal. The practices of the best nonprofits in these areas are worth considering.

Focus on the Mission, Not the Money

In the social sector, money is a means to an end, not an end in itself. While nonprofits must know how to generate revenue and control costs, the ultimate goal is to fulfill the organization’s mission. For example, microfinance nonprofit Kiva, which arranges business loans to entrepreneurs in poor countries, aims “to connect people through lending to alleviate poverty.” It has attracted more than 1 million backers and $500 million in money for loans since 2005.

If you’re in a publicly held company beholden to shareholders, you may scoff at the thought of putting the mission first. But take a look at successful and profitable companies and you will typically find a “value proposition,” typically expressed in the mission statement, which downplays money or doesn’t even mention it.

For example, Danish pharmaceutical firm Novo Nordisk (a $15 billion revenue company), which has enjoyed double-digit sales growth every quarter since 2000, has a business philosophy called “the triple bottom line.” It specifies that any decision must be “financially, socially, and environmentally responsible.” Johnson & Johnson’s 70-year-old credo states in part that the company must “support good works and charities and bear our fair share of taxes.” Energy company Anadarko states that it will “deliver a competitive and sustainable rate of return to shareholders by developing, acquiring and exploring for oil and gas resources vital to the world’s health and welfare.”

Just as nonprofits need to generate revenue to fulfill their mission, a successful business’s mission must recognize the world at large. A company’s social values create the cornerstone of its appeal to all constituencies: customers, employees, and stockholders. In the process, it reaps the same benefits as good nonprofits: public admiration, motivated and dedicated employees, and satisfaction from doing good in the world.

Your best employees are a lot like volunteers: They have other options and can leave. This is especially true in fast-growing fields such as healthcare, environmental science, and technology, where demand outstrips supply and new knowledge is scarce and valuable.

Most businesses mistakenly assume that their most valued employees will stay put and stay happy if they pay them enough. But research indicates that salary is not the most effective motivator, and the cost of disengagement is high. A 2013 Gallup study showed a direct link between employee engagement and shareholder return; companies where 90 percent of employees felt engaged had earnings per share 147 percent higher than their competitors in 2010 and 2011.

With money for salaries always in short supply, the nonprofit sector has mastered the intangibles that keep people engaged. New York Cares, which recruits volunteers for the city’s social service organizations, communicates regularly and personally with every one of its 43,000 volunteers and provides training and incentives for those who want to become leaders. By keeping volunteers motivated, New York Cares was able to serve 450,000 New Yorkers in need in 2008, up from 250,000 five years earlier.

Daniel Pink, in his bestselling book Drive, tells us that money is a motivator, but that autonomy, mastery, and purpose are at least as powerful. Autonomy gives people a great deal of latitude in determining how they will complete their tasks. Mastery allows them to keep getting better at something meaningful. Purpose gives them a reason to work beyond self-interest.

Just as important as Pink’s “purpose motives” are three other factors that keep a nonprofit’s volunteers dedicated: power, community, and recognition. Volunteers feel empowered to reshape themselves and help others, enjoy the experience of being part of a passionate community unified around a common purpose, and are appreciated and recognized for their work.

All these motivational triggers apply to employees at for-profit companies as well. Successful companies embed them into their culture. For example, the $7 billion consulting firm McKinsey and Co. has appeared on best places to work lists in Forbes and Glassdoor.com. Employees who love working at McKinsey say their work has an impact, relish working with other McKinsey consultants, and get regular opportunities to connect with top executives.

Creating such a culture takes time and money. But employees who think like volunteers perform better, leading to stronger performance, as the Gallup study showed.

Nonprofits rely on people voluntarily opening their wallets without expecting anything in return. They do this by nurturing attachment and loyalty to their brands, just as businesses do, but without a huge advertising budget. Here are three things a good nonprofit does well:

Many colleges and universities (more than 90% of which are nonprofits) have mastered these techniques in cultivating donors for years. The average annual growth rate in charitable giving to these institutions in the past 20 years has been 5.8 percent. In contrast, the annualized growth rate for the $35 billion (revenue) financial services powerhouse American Express between 1992 and 2012 was 4.3 percent. Despite a pummeled economy, Claremont McKenna, a small California college, was able to raise $635 million during a 2009-2013 campaign. Large donations from wealthy donors helped tremendously, but it’s noteworthy that more than 80 percent of Claremont’s alumni gave something.

These techniques work beyond the ivy-covered walls of universities. Kiva, the microfinance nonprofit that raised $500 million, tells each donor exactly which impoverished entrepreneur has received his or her loan and sends regular updates about what their donations have helped accomplish. The nonprofit organization that I led from 2002 to 2013, a rabbinical college, raised $50 million—20 times any previous fundraising efforts—by reaching out to donors more effectively. That involved doubling the staff that dealt with donors and developing more carefully targeted messages for each donor group.

In contrast to nonprofits, businesses work hard to encourage customers to purchase their products, then do little or nothing to make customers feel glad they did. Think about the last time you bought a major appliance. Did you get any messages from the manufacturer other than offers to buy warranty extensions?

Like nonprofits, businesses should nurture ongoing relationships with their customers. That means thanking them often. They should also share interesting company news, such as advances in energy efficiency or new technology breakthroughs, and stress how customer loyalty helped make it possible.

Moreover, in an era when many consumers care about social responsibility, companies should be talking to them about how their customers help them make a difference in the world. Coca-Cola did this particularly well in its television ad that aired during the Olympic Games. The ad suggests that if you drank Coke, you “had a hand in making every Olympic dream come true.” Contrast that with Visa’s Olympic commercial, which stressed how Visa supported the athletes.

With few exceptions, your customers don’t need to purchase your product. A critical tweet or social media post can quickly spread and tarnish your company’s reputation. Treating customers like donors, through multiple customer-centric communications, will build brand loyalty and good word-of-mouth advertising. As any Madison Avenue executive would say, that’s the best kind.

Of course, businesses can’t be run totally like nonprofits. But both kinds of operation can learn from techniques and practices found more frequently in the other. For a long time it has been assumed that this learning is a one-way street, with nonprofits looking to businesses for big ideas. Astute observers and practitioners can see that the street runs in both directions.

This article was originally posted to the Forbes Leadership Forum at Forbes.com on February 26, 2014.

More about: Business Nonprofit HybridsCollaborationManagementManagement and LeadershipOrganizational culture and its drivers