Wife “Honored” by Husband’s Philanthropy: Not So Much 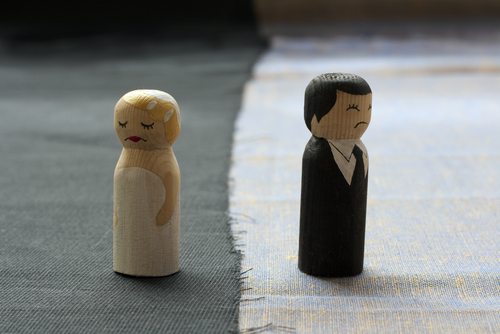 When people hear popular European singer Sinead O’Connor sing her most famous song, “Nothing Compares 2 U,” one might assume most listeners are thinking of their significant others. In the case of one husband in the United Kingdom, hearing that song might not bring visions of his wife, but rather the charity that he established.

In 2009, Brian Burnie, a petrochemicals and recruitment entrepreneur, according to the Daily Telegraph, sold “his £16 million mansion and all his belongings” and gave the proceeds to Daft As A Brush, a cancer charity he’d started following his wife’s brush with the disease. When Mr. Burnie decided to donate nearly all his wealth, he was quoted at the time as saying, “The money from the profits of the hotel sale should go to establish and fund a cancer nurse and buy and run vehicles to take them to hospital forever. I want it to be my legacy. My accountant thinks I’m mad.”

While Ms. Shirley Burnie, his now-former wife, initially supported her husband’s charitable vision, she began to voice her discomfort at how the decision was positioning her in the relationship. According to Shirley, her husband “would spend weeknights in Newcastle while he was setting the charity’s head offices up, despite their vast home being just 30 minutes’ drive away, and return only for weekends.” Ms. Burnie said her former husband had “no interest in bricks and mortar…no interest in possessions.”

Unfortunately for Ms. Burnie, their future became compromised by her former husband’s newfound passion. According to the article, “rather than being proud of her husband using his fortune to help others, she said she had resented him for giving their home away and potentially jeopardizing the security of their family.” Ms. Burnie stated, “He was spending more and more time in Newcastle during the week. That was the basis of everything, it was all for the charity.”

While Mr. Burnie has been silent since his charitable splash, Ms. Burnie says the former couple is communicating well with their children but has not spoken in some time. “We both made an effort for the sake of the children, but other than that, I haven’t spoken to him since.” Since the divorce, Ms. Burnie volunteers supporting local community groups and maintaining a close relationship with her three children.—John Brothers