Will Exchange-Traded Funds Make a Difference to Nonprofits? 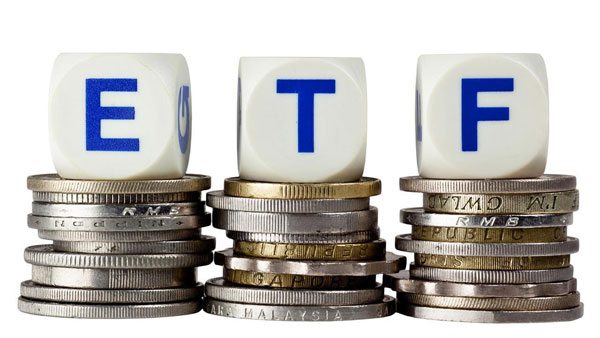 Ben Schiller, writing in Fast Company, explores the trend toward the launch of exchange-traded funds, or ETFs. ETFs, Schiller explains, “are made up of [baskets] of stocks, but unlike conventional index or mutual funds, they are tradable like common stocks.” A new Texas nonprofit called Impact Shares seeks to launch “several impact-themed funds” in 2018.

The Impact Shares YWCA Women’s Empowerment ETF [exchange-traded fund], launching in the first quarter of 2018, only contains the shares of companies with high grades on women’s issues.… The National Association for the Advancement of Colored People (NAACP) is also launching an ETF that empowers people of color through hiring, remuneration, and promotion policies.

Others, like Oxfam and Habitat for Humanity, are considering launching funds of their own.

The idea is for each ETF to have the name of a well-known nonprofit attached. As Schiller observes, “nonprofits are willing to lend their names…because they benefit from the ETFs. Once Impact Shares…covers its own costs, it is donating all of its advisory fees to the groups.” A nonprofit might expect to earn $500,000 in donations from Impact Shares for every $100 million invested in their ETFs, which comes in at 0.5 percent, according to Impact Share founder Ethan Powell.

The minimum investment level is $20, so it really is an accessible investing option. The challenge, however, comes on the impact side. Simply put, what impact will you have if you put down $20—or even $20,000—in an exchange-traded fund? Turns out, it’s hard to say. Schiller explains how the YWCA’s index is designed:

Stocks in the YWCA ETF are analyzed by Equileap, a gender-focused investment research group. It scores companies across 18 metrics, from their policies on harassment and employee protection, to those on equal pay, and the proportion of women in senior management. Its latest public report, covering 3,048 global companies, shows cosmetics giant L’Oréal, media company Pearson, and National Australia Bank in the first three places. The first US company listed is Merck, in 18th place. Banks score well generally, with heavy industrial and energy companies tending to score worst.

Let’s assume the rankings are accurate. To put it crassly, how much would it advance gender equality to put in “buy” orders, as the ETF would do, for firms like L’Oréal, Pearson, and the National Australia Bank? You’d have to move a lot of money to seriously impact a company the size of L’Oréal, which, as of last May, had an estimated market capitalization of $107.5 billion.

Saadia Madsbjerg, managing director of the Rockefeller Foundation, which awarded Impact Shares a $300,000 grant last summer as part of its Zero Gap impact finance innovation program, contends that, “For nonprofits creating the ETFs, like the NAACP and the YWCA, there is an opportunity to create engagement with large corporations and investors to drive social change.”

As Schiller admits, “Single-issue investing in complicated organizations may be an inexact approach. A company that does well by its women may still do bad things, after all.” The attraction, though, is the potential to earn market-rate returns while, as Schiller puts it, “rewarding companies that do better on social issues.” There is probably no harm in doing that, as long as you maintain modest expectations about how much “good” your investment is doing.

In short, the ETFs are fine, but large nonprofits might also consider promoting more strategic investments. Last month, NPQ profiled Capital Impact Partners, a community development financial institution (CDFI) that is raising $100 million to lend to co-ops and nonprofits. Imagine if the NAACP or YWCA engaged their membership to partner with CDFIs to raise capital for Black- or women-owned businesses. Now, there you might find a much deeper impact.—Steve Dubb