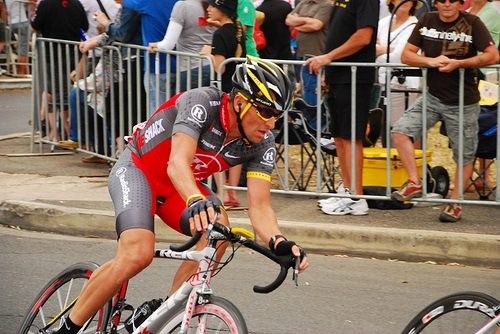 It has been reported that Lance Armstrong plans to mount a bike in support of a friend’s charity in South Carolina on October 26th. The U.S. Anti-Doping Agency (USADA), however, may derail his effort if it rules that his banishment for life from the sport of bicycle racing makes him ineligible to participate in Gran Fondo Hincapie. Less clear is whether Armstrong’s presence will really be a benefit to the charity race.

In 2012, a USADA investigation found that Armstrong had consistently used substances to enhance his biking performance in seven of the cyclist’s record-setting Tour de France wins. In the same year, he was stripped of all seven of the Tour de France titles. To be sure, Lance Armstrong suffered personally and professionally from the findings of the USADA and the loss of the titles. One website has even ranked him as #2 among nine disgraced sports heroes. Armstrong and his tattered legacy is placed just after that of Joe Paterno and ahead of those of “Shoeless Joe Jackson,” Tiger Woods, O.J. Simpson, Pete Rose, Sammy Sosa & Mark McGwire, Brett Favre, and, strangely, professional wrestling icon Hulk Hogan.

Since his fall, Armstrong has been trying to rebuild his brand and regain the trust of many sports fans, if not the whole of America. In January 2013, he appeared with Oprah Winfrey to make a full public confession. In August 2014, CNN reported he had reached out to some of his former friends, associates, and even competitors to make amends. Lance Armstrong’s efforts at redemption in his personal relationships have been successful in some cases and wholly inadequate in others. Another champion cyclist, Greg LeMond, with whom Armstrong has not successfully reconciled, has observed about Lance Armstrong that, “He doesn’t seem to be humbled at all and you want to see that from someone in his position. He’s acted almost as though he lost a bunch of time in the Tour de France and has to make it up and he can do the same thing he’s always done. It doesn’t work that way. People want to see his heart.”

Armstrong’s appearance in Saturday’s benefit race is a return favor to former teammate George Hincapie, who was on the 1999 U.S. Postal Service team that helped Armstrong with the Tour de France. Hincapie has worked on behalf of Camp Wapiyapi, a Colorado-based children’s cancer charity supported by Lance Armstrong. Hincapie was also one of 11 of Armstrong’s teammates who gave testimony in the USADA investigation.

Despite Armstrong’s career and reputation rehabilitation efforts, it remains unclear whether his presence will ultimately help or harm Hincapie’s charity work. Armstrong’s precipitous fall from the peak of sports stardom had clear consequences for his own charity work, including the Livestrong Foundation, which he originally started as the Lance Armstrong Foundation in 1997. In April 2014, the NPQ Newswire reported that both national and local contributors were discontinuing support of the foundation in the wake of the athlete’s fall from grace. In May 2014, the NBC affiliate KXAN in Austin, Texas, where the Livestrong Foundation is headquartered, reported donations had dropped 40 percent since 2010 when accusations of Armstrong’s doping began to gain credibility. The NPQ Newswire article reported foundation officials expected the falling contributions would result in cutting up to 17 of the organization’s programs in 2014. Undoubtedly, Hincapie is counting on Armstrong’s presence to have a better impact than this on his charity.—Tom Klaus