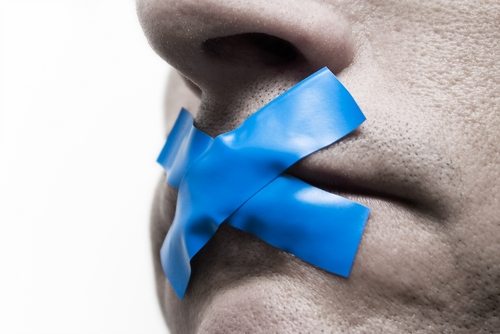 Does government or corporate money make charities reluctant to speak out and advocate? That’s the concern in the U.K. Charities reportedly fear that the Tory government’s “Big Society” program of running more public services through charities will make groups wary of speaking out. The Panel on the Independence of the Voluntary Sector laid out its concerns in the second of four annual reports examining the ability of British nonprofits to advocate on public policies. The Panel, chaired by Sir Roger Singleton, the former head of the children’s charity Barnardo’s, sees the U.K.’s charitable sector as “at risk because its necessary independence is under threat, and that that threat is greatest for organisations working with disadvantaged people.”

Singleton’s foreword to the report is worth a read for its succinct statement of the problem. According to Singleton, “Government is developing new proposals to support the voluntary sector, for example through social finance. But the evidence is that it is not doing enough to recognise or safeguard the sector’s independence.” The factors contributing to the increasing reluctance of charities to advocate for policy changes, as stated in Singleton’s foreword, include “direct attacks by Government and others on the freedom of expression of voluntary bodies working with the state” and “[s]elf-censorship by voluntary bodies…because some fear losing vital and increasingly scarce state funding if they challenge the status quo.”

Particularly noteworthy are the “barometers of independence” that the report uses to measure the freedom of expression and freedom for the advocacy of “provider organizations.” The report notes six key challenges to that independence (take special note of the first one):

The above is a brilliant formulation of dynamics applicable to the nonprofit sector not just in the U.K., but in the U.S. as well. All of the above may be working to diminish the ability of U.S. providers to speak out on behalf of the disadvantaged and disenfranchised populations they serve. As many nonprofits and nonprofit leadership organizations try to snuggle up to government and corporations, they risk losing exactly those qualities that make the nonprofit sector a crucial vehicle for the needs and voice of individuals, families, and communities that have diminishing influence in the political process.

In response to the Panel’s report, U.K. Minister for Civil Society Nick Hurd tweeted a harrumphing response stating that the independence of the sector is not at risk, but Gareth Thomas, the opposition’s shadow minister for civil society, supported the Panel’s conclusions, adding, “A climate of fear exists in some parts of the third sector.”

In the U.S., due to the good work of organizations such as the Alliance for Justice, nonprofits and their lawyers know the laws concerning organizing, advocacy, and lobbying. But how many nonprofits gag themselves because they don’t want to risk a contract or because they are functioning simply as inadequately compensated contractors for government and corporate funders?—Rick Cohen