Would You Hire an Ex-Felon? The Life Sentence of Being “Locked Out” of Employment 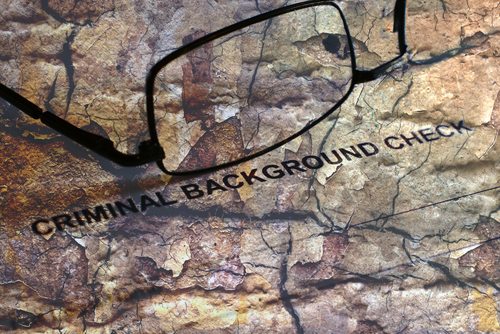 How many lawyers would don the proverbial orange jumpsuit and quite literally get into the shoes of their clients? Kent McKeever, a nonprofit attorney in Texas, spent last Lent dressing as an inmate in solidarity with those who are imprisoned. It was on this last day of wearing the suit that McKeever met Juan Morales, a recently released felon who spent time in prison for a marijuana distribution charge.

The chance encounter remained with Keever and ultimately led to the start of a new project working on getting ex-convicts employed once they are released back into society.

McKeever, along with Mission Waco’s Meyer Center for Urban Ministries, a group that specializes in providing assistance to the poor, initiated an advocacy program “Fair Chance Hiring Policy” on Wednesday, the first day of Lent, to encourage employers in the Waco area and beyond to hire ex-convicts.

The Ministry group ordered orange T-shirts (currently available for purchase) with the words, “We’re not all bad people,” and is encouraging purchasers to wear them during the Lenten season, which ends in April. The shirts have Morales’s prisoner number on the front along with his quote.

Many of the individuals the Meyer Center already helps are ex-convicts.

“We haven’t really been to the prisons, but prisoners are coming to us,” said Jerrod Clark, a social worker at the center. “They’re imprisoned now. They’re not locked up, but locked out.”

As one can imagine, transition from the prison world is not just difficult mentally; it can also be stressful financially. While a prisoner may have left his prison life, his bad deeds unfortunately follow him through his release and on job applications. As mentioned in the Waco Tribune-Herald article, many employers in the area, and certainly nationwide, ask about an applicant’s criminal record on applications and disqualify those who have such a record.

While in some states and cities it is illegal for an employer to discriminate based on an applicant’s criminal record, McKeever believes it is not the government’s place to be enforcing such a rule.

“I just don’t think that’s city government’s job,” he said. “We’re not here to tell employers what to put on their application form. […] Employers have to see it’s in their best interest. We have changed our policies to help ex-offenders and set an example.”

Waco allows ex-convicts to work in the city if more than five years have passed since their conviction. However it does not allow ex-convicts to take jobs “involving vulnerable populations, money or sensitive information.”

Morales, the man who inspired the campaign, has been dealing with the very issues the campaign is trying to solve. He has applied to 15 different warehouses for jobs but could not get an interview at a single one. He makes about $500 a week as a supervisor at a lawn care company, but after child support and other expenses, he only has about $250 per week to live on.

“There’s a lot of talented people out there who want to live a straight life, but it’s hard when nobody helps you,” Morales said. “When I was in there, a lot of people left, then came back. They tried to get a job, but they couldn’t make it. The easiest step is going back to their old ways.”—Shafaq Hasan