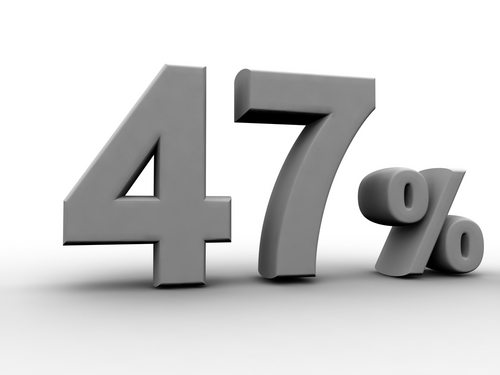 Former Massachusetts Gov. Mitt Romney’s contention that almost half of the American population is looking for a handout and expects to be taken care of by a paternal or maternal government—or perhaps by charity—rather than working suggests that nonprofits’ clients and constituents are freeloaders, not interested in working hard to better their circumstances. In a Classism Exposed blog posting from the Boston-based group Class Action, intern Veronica Quiles described an interaction with Latino eighth graders in a public school summer program. The students were asked to stand along a line representing a spectrum of whether they agreed—or how much they agreed—with the statement that “if you work hard, you can get ahead.” Quiles reported that they all pretty much stood at the “agree” point.

But when asked for where they stood on the question, “Do you believe your parents or guardians work hard?” they all positioned themselves at “strongly agree.” The students were actually angry about the question and voiced their concerns. One said, “My mom works two jobs. She goes to work at 4 a.m. and isn’t able to get home until 8 p.m. She works as a cleaning lady in a hotel. That’s a lot of work.” When asked, “Do you think people who make more money than them work harder?” the students repositioned themselves at the don’t-agree point of the line.

This story has relevance to nonprofits. Many (including the NPQ Newswire) have taken on the Republican presidential nominee for the factual errors in his 47 percent comment about non-taxpayers—his failure to recognize the proportion that actually receives support from Earned Income Tax Credits, a policy originating with Republicans, his failure to acknowledge how many of the people ostensibly not paying taxes actually pay wage taxes, his failure to recognize that a proportion of the non-taxpayers happen to be afflicted with a condition known as poverty which puts them below certain tax thresholds, etc.

But the nonprofit sector also has to take on the insinuation that the 47 percent really isn’t interested in working or doesn’t work, favoring handouts instead. That is a mischaracterization of the clientele of nonprofit service providers and others, and it may reflect a telling lack of exposure on the part of Romney to the dynamics of America’s low income citizens. Having made his fortune in private equity, he may not know exactly how difficult it is to try to survive as a family on public assistance or unemployment or even simply low wages. Des he realize how many families, like the young girl’s parents in that eighth grade class, work two or more jobs in order to put food on the table and send their kids to school?

To be fair, we suspect Romney is not alone in his misinformed perspective. It’s truly up to the nonprofit sector to set the story straight about what poor people actually do to survive in this increasingly class-stratified country.—Rick Cohen

CORRECTION: An earlier version of this newswire referred to Class Action intern Veronica Quiles as “teacher Veronica Quiles.” Quiles taught students but is not, by title, a teacher. NPQ regrets the error.