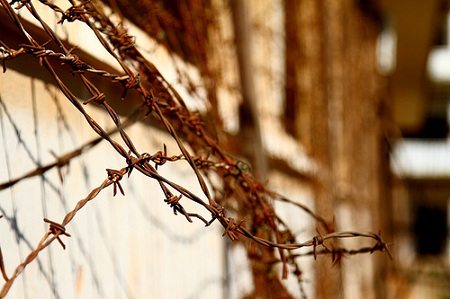 A number of youth advocates testified on Capitol Hill last week about the “school-to-prison-pipeline,” offering details about conditions that most people don’t hear about or know about. Edward W. Hazen Foundation CEO Lori Bezahler, whose organization funds a lot of youth and parent organizing, described her coming to understand firsthand what this means in this blog posting: “Twelve years ago I sat in a room with high school students in East Los Angeles and heard them describe the tracking in their schools. As one youth leader of Innercity Struggle explained to me, ‘There are four tracks in our school. College track, and we’re not on that, military track, low wage work track, and penitentiary track.’”

That latter track is the one in which the youthful transgressions of school rules are, for some kids in some schools, criminalized. Rather than schools dealing with these kids, they choose “suspensions, expulsions, and court referrals.” According to Bezahler’s reporting on the hearing before the Senate Judiciary Subcommittee on the Constitution, Civil Rights, and Human Rights, the school-to-prison-pipeline is related to “the zero-tolerance policies and punitive practices in place in schools that criminalize normal behavior.”

It’s no surprise that, in the midst of the fiscal cliff debates and then the horror of the Newtown elementary school shootings, news from this hearing got lost in the news cycle. Issues of race and class are embedded in this issue, which may further explain the relatively minimal media attention to this issue. Judith Browne Dianis, co-director of the Advancement Project, testified at the hearing, according to The Root, that “black and Latino students are punished more harshly than white youths for the same minor [school] infractions.” Browne Dianis told the committee chaired by Sen. Dick Durbin (D-Ill.), “Overly harsh discipline policies lead to high dropout rates, lower academic achievement and students not getting the help they need.”

The American Civil Liberties Union provided some facts and figures for the hearing:

“African American students are 3.5 times more likely than their white peers to be suspended—and while they represented just 18% of the students in the sample, they accounted for 39% of expulsions. Total students arrested or referred to law enforcement nationally, 70% were Latino or African American…Students with disabilities are more than twice as likely to receive one or more out-of-school suspensions. Although they made up only 12% of the students sampled by the Department of Education in their most recent data collection, they made up 70% of those subject to physical restraints.”

This may not be intentional discrimination by schools, but the racially disparate impacts cannot be ignored. What is at issue is what to do. All of us were once young people, students in high school, and some of us got to spend time sitting in the principal’s office due to minor infractions of school rules. Most of us weren’t then turned over to the local police or tossed out of school and sent to some sort of behavioral facility that functioned a lot like a reform school but for the lack of schooling involved. Bezahler recounted the testimony of Edward Ward, now a sophomore at DePaul University and a graduate of Orr Academy High School in Chicago, where he joined with an organization called Blocks Together to introduce and implement “restorative justice” practices in the schools.

The brevity of Bezahler’s post didn’t allow for much of an analysis of the concept, but it seems to be an alternative to criminalization. Although we don’t know how Blocks Together implemented it, restorative justice is usually a process of bringing offenders, victims, and the community (in this case, the schools) together in an inclusive process to resolve problems and reintegrate “offenders” back into the community rather than removing them for minor, generally normal youthful infractions.

Nevertheless, restorative justice practices can’t take root if communities continue to promote overly punitive disciplinary programs resulting in increasing rates of expulsions and arrests for students who, by the numbers, are overwhelmingly persons of color. Bezahler’s article should remind us about how the zero tolerance and school-to-prison pipelines are best overcome. She writes, “As I have seen through my work at the Edward Hazen Foundation supporting youth organizing, students and parents are too often the sole voice consistently challenging practices that remove them from the classroom and criminalize normal, youthful behavior…I am quite certain that without their pressure, Wednesday’s hearing would never have taken place. As adults, we need to heed them and the moral authority of their lived experiences.”

Let’s hope that in all the education reform efforts of foundations, that they don’t forget the importance of investing in youth and parent organizing.—Rick Cohen