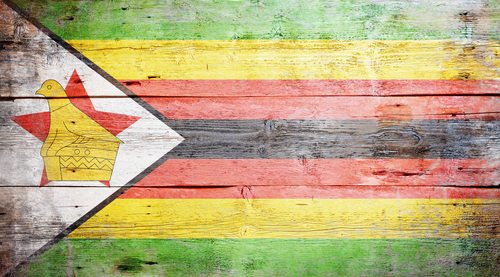 In the days leading up to Zimbabwe’s March constitutional referendum and June presidential election, Zimbabwe police forces have recently been cracking down on several civil society groups, ostensibly because the groups were disseminating “subversive material.” The material in question involved voter education, according to Africa Review, and longtime President Robert Mugabe’s dominant Zanu-PF party has targeted several NGOs.

Mugabe reportedly believes the NGOs in question are campaigning for his rival candidate, Prime Minister Morgan Tsvangirai of the Movement for Democratic Change-Tsvangirai (MDC-T) party. Recently, the Harare-based NGO Zimbabwe Peace Project (ZPP) became the fourth agency in the last few weeks to suffer a police invasion. ZPP tracks political violence and provides voter education. According to Africa Review, police entered the ZPP facility fully armed with weapons and a warrant to seize “any subversive material, documents, gadgets and recordings.”

The police reportedly confiscated cell phones, business cards and other electronic equipment under the broad search warrant. ZPP is headed by Jestina Mukoko, who in the past was a journalist with Zimbabwe’s sole state broadcaster, the Zimbabwe Broadcasting Corporation. Mukoko was kidnapped and tortured by state security agents in 2008. For many years, Mugabe and Tsvangirai have been involved in a contentious dance for political power that has included dashed and diluted promises of shared governance and scores of killings of opposition party supporters.

Keeping in mind that nonprofit work is a global happening and that our readers want to know how their sister organizations are fairing everywhere around the globe, NPQ will keep an eye on this troubling situation. –Louis Altman