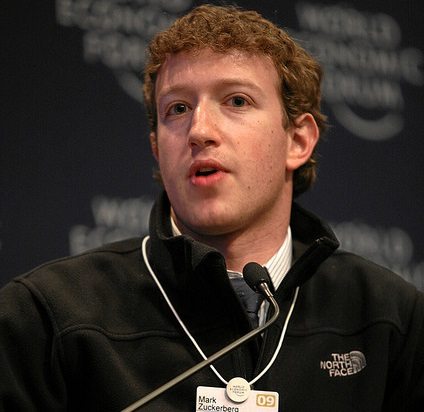 A little more than a year ago, Mark Zuckerberg, founder of Facebook established FWD.us, a political group with a focus on immigration reform and a pronounced bipartisan stance. At the time, Nonprofit Quarterly wondered whether the new organization was a sign of conservative leanings on the part of Zuckerberg. We also took note of the way it backed both sides of the aisle in New Jersey, hosting campaign fundraisers for Governor Chris Christie and Newark Mayor Cory Booker.

Now, in 2014, it appears that the efforts of FWD.us to appeal to both Democrats and Republicans on the matter of immigration reform—in particular, the use of visas to attract the sort of highly skilled workers the tech industry needs—have caused the political group to stall out. Politico observes that the kind of disruptive efforts that are frightfully effective in the high-tech field don’t work in something as traditional as politics.

“Tech leaders poured millions into FWD.us, an immigration advocacy group that has dominated ad buys, launched elaborate hackathons and coddled conservatives in an effort to revamp the country’s immigration system. It galloped into the debate with the tech industry’s classic certainty but wound up facing the same obstacles that have halted reform for decades.”

FWD.us had no few advantages. It surpassed Zuckerberg’s $50M fundraising goal (and reportedly still has half of that in reserve) and drew on contributors like Yahoo CEO Marissa Mayer, Microsoft co-founder Bill Gates, and Netflix CEO Reed Hastings. Its political bona fides didn’t slouch, either; “FWD.us Executive Director Todd Schulte served as former chief of staff at Priorities USA, a super PAC that supported President Barack Obama. Its campaign manager, Rob Jesmer, worked as the executive director of the National Republican Senatorial Committee. Consultants worked for numerous presidents and both sides of the aisle.” FWD.us spent about $5M on radio and television ads and had registered lobbying efforts in the amount of $780,000. So why didn’t all this money and star power translate into results?

It turns out that all their efforts at “dual partisanship” had the effect of alienating their allies and mollifying candidates that wouldn’t be backing their agenda for political reasons.

The group nettled many of its own members with TV ads that emphasized the conservative credentials of some immigration reform advocates. One ad for South Carolina Republican Sen. Lindsey Graham — an instrumental figure in the Senate bill’s passage — touted his support for the controversial Keystone XL pipeline and opposition to Obamacare. Yet another praised Alaska Democratic Sen. Mark Begich, a reform supporter, for backing oil drilling in the Arctic.

FWD.us stood by its strategy, but the ads haunted the fledgling organization, which hoped to strike a bipartisan tone but wound up losing some liberal backers. Future ads heaped praise on Republicans for passing House immigration principles and then pressured them when the window for action narrowed.

It was a fight no reform group had the ability to win. House Republicans refused to take up the Senate’s bill and failed to act on their own. The government shutdown and war in Syria last fall slowed momentum. The final kick came with House Majority Leader Eric Cantor’s defeat and the crisis along the Mexican border. The issue had become toxic for Republicans.

Though they’ve garnered some praise for their nontraditional approach and show no signs of giving up, FWD.us will likely have to take a new tack if it wants to leave the becalmed waters it finds itself in. As its president, Joe Green, notes, “In Silicon Valley, if you don’t like the taxi industry, you start Uber, you go around it. With politics you have to work through it, and doing that can be very challenging.”—Jason Schneiderman