10 of 12 Members Resign National Park Advisory Board: Will It Be Next for Elimination? 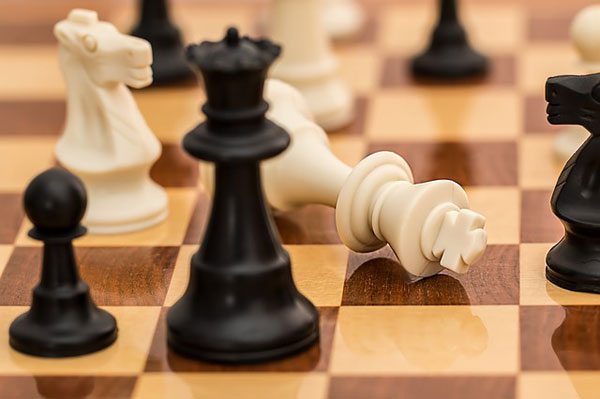 Does sitting on a board, if that board is without teeth or traction, mean you are propping up an accountability void?

Fed up with being sidelined, and unwilling to be a hollow symbol of environmental stewardship, ten out of twelve members of the National Park Service Advisory Board resigned this week to protest Interior Secretary Ryan Zinke’s lack of concern for the environment and other priorities.

Tony Knowles, head of the advisory board, told the New York Times, “We resigned because we were deeply disappointed with the department,” and Zinke “appears to have no interest in continuing the agenda of science, the effect of climate change, pursuing the protection of the ecosystem.”

In a letter to Zinke on behalf of himself and eight other members, Knowles wrote, “For the last year we have stood by waiting for the chance to meet and continue the partnership between the NPSAB and the DOI as prescribed by law,” which is twice a year, but Zinke has still not met even once with the NPSAB board.

Instead, Zinke has worked to roll back regulations on offshore drilling, reversed the ban on plastic water bottles in national parks, proposed rescinding safety regulations on hydraulic fracking, got the phrase “climate change” banned from grants, “rolled back an Obama-era order to block coal mining on public lands and delayed carrying out a regulation controlling emissions of methane, a powerful greenhouse gas, from oil and gas wells,” in addition to shrinking the borders of several national parks.

According to the Washington Post, which published Knowles’ letter,

The two remaining board members are Harvard University public finance professor Linda Bilmes and University of Maryland marine science professor Rita Colwell, whose terms end in May. In an email, Bilmes said she did not resign her post because she is conducting research with other colleagues that is funded by the National Park Foundation and wants to complete her project.

The NPSAB members are not the first to resign in protest from the Trump administration. Earlier this year, President Trump disbanded both the Strategic and Policy Forum and the Manufacturing Jobs Initiative after the majority of members quit. Their letter echoes Knowles’s in part; Inge Thulin, CEO, president, and chairman of 3M, told the Los Angeles Times that he felt the council was “no longer an effective vehicle” to advocate for policies. Walter Shaub, director of the Office of Government Ethics, resigned after a series of public clashes with the president. So many career public servants have resigned from the state department without being replaced that former Secretary of State Madeline Albright called it a national security crisis, saying, “There is nothing normal about the current exodus.”

In practical terms, the resignations of NPSAB’s members may not mean much, since it seems Zinke was uninterested in their role anyway and most of their terms were up in May. There are practical consequences of the board’s not being allowed to meet: across the country, local resource advisory boards are suspended because their new charters or agendas have not yet been approved. Scott Braden, a member of the Rocky Mountain RAC who is a wilderness and public lands advocate at Conservation Colorado, told the Washington Post, “Secretary Zinke has said that local input is important for BLM to consider, and yet these councils, which provide just such input, have been sidelined.” The board, which is made up of politicians, scientists, and other experts, is supposed to advise the Interior Secretary, but like the president to whom he reports, he doesn’t seem interested in expert counsel that runs counter to his agenda.

(His hubris regarding advice is one of the many ways in which he falls short of the comparison he draws between himself and former President Teddy Roosevelt, an odd pairing considering the latter famously expanded the National Park System that Zinke seems bent on destroying. They do seem to have a shared enthusiasm for cowboy hats and hunting, but…)

The board members’ principled stand kneecaps any claim the secretary might make about his recommendations and proposals being based on scientific and other expert testimony. While resignation protects the former board members from being accused of providing cover for irresponsible environmental stewardship, Zinke’s destructive impact on US natural resources is old news.

The conversation needed now is, how do environmental protection groups, national parks advocates, and other stakeholders in the stewardship of our country’s national resources make their voices heard and attempt to influence interior department decisions when the expert panel is gone? Even if Zinke appoints another board, it’s unlikely to have the same priorities as the former one, which was appointed by President Obama. Still, the example set by the NPSAB’s principled stand serves as a reminder to examine the ways in which your presence on a board lends credence to the organization you advise, and to use that power (and the power to withdraw that credence) effectively.—Erin Rubin