$2.5B in CA Charter School Support and the Results are Disappointing 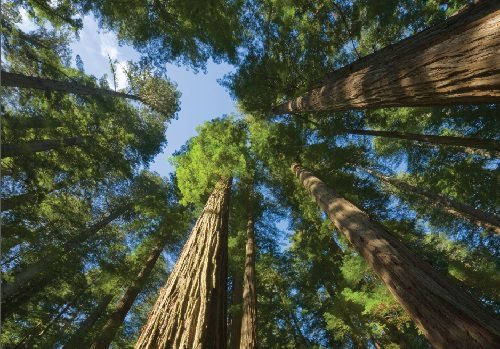 During Elizabeth DeVos’s contentious confirmation hearing, Senator Tim Kaine asked her if she would “insist upon equal accountability in any K-12 school or educational program that receives taxpayer funding whether public, public charter, or private?” One measure of accountability is whether education funding is spent effectively and wisely. A new report from In The Public Interest, “Spending Blind: The Failure of Policy Planning in California Charter School Funding,” should give educational leaders a reason to take this question seriously. ITPI’s findings tell us that, at least in California, there is a job still to be done.

ITPI examined $2.5 billion spent for the facilities used in California’s public charter school sector over the past 15 years. In evaluating how wisely these funds had been spent, it asked several core questions, which would establish the basis for responsible and accountable funding.

On all of these measures, the report says, California has not gotten the results that this investment should have garnered.

Concern over the poor quality of education provided by many traditional public schools has been a major rationale for building a new, market-based, public education system. But ITPI found that public funding was not supporting a superior educational product. In three-quarters of California public charter schools, “the quality of education on offer is worse than that of a nearby traditional public school that serves a demographically similar population. Taxpayers have provided these schools with an estimated three-quarters of a billion dollars in direct funding and an additional $1.1 billion in taxpayer-subsidized financing.” Almost 20 percent of these funds went to schools whose performance was ranked in the bottom 10 percent of all publically funded schools.

Across the country, school boards are challenged to align their facilities with the demographics of their districts, placing new schools in neighborhoods with growing student populations and closing facilities where the student population has fallen. ITPI found the California charter sector was not being asked to use this logic. “Nearly 450 charter schools have opened in places that already had enough classroom space for all students—and this overproduction of schools was made possible by generous public support” totaling more than $670 million. What’s more, a large number of these schools were also not performing well academically. ITPI concluded that “one of the key policy judgments normally at the heart of education planning—how to balance a district’s school portfolio to meet the needs of the overall student body—has been declared off-limits for state and local elected officials.”

While ITPI used facility funding as its metric, the impact of unwise spending on charter schools goes well beyond the circle of capital funding. Every unwisely sited public charter school bleeds funds from the underlying public school system. With fixed costs estimated at between 35 and 55 percent, shifting students from existing schools to newly created but unneeded public charters forces cuts in educational programs for the students remaining in the traditional system.

The problem is not limited to California. Charter and choice advocates have extolled the virtues of school choice and competition with little consideration for the impact of growth with limited accountability and the need for a comprehensive perspective. According to Salon, the findings are “significant on national and statewide levels, especially since California has more charter schools than any other state and the Trump administration has proposed spending $20 billion for a range of ‘school choice’ initiatives, from charter public schools to tuition vouchers for religious schools or to subsidize home schooling. Charter schools are privately run K-12 schools and have become an industry dominated by corporate franchises seeking rapid growth.”

The debate now taking place in statehouses across the nation is often posed as binary: pro-market versus anti-market. ITPI’s analysis suggests that policymakers need to consider a different angle. How is the overall effectiveness of our national, state, and local educational systems being held to account? Who is responsible for the whole, and not just one of the system’s many pieces? If the debate could be reshaped, we might see better outcomes for all.—Martin Levine