2014 Billionaire Report: The Very, Very Rich Got Even Richer 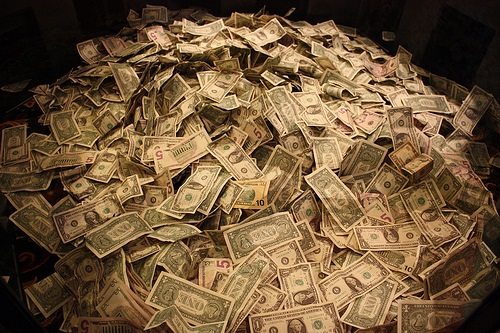 Wealth-X and UBS have just released their 2014 research into the world’s billionaires. The report says there are now 2,325 people with a net worth of at least $1 billion—155 more, or a 7 percent increase, from 2013. This increase will surprise no one who subscribes to Thomas Piketty’s argument that you and I will never catch up to the wealth of the already rich.

These billionaires collectively control $7.3 trillion dollars in total wealth. As Jacob Davidson in Money puts it, “That means a group of people about the size of a typical suburban high school student population could fund the entire United States defense budget for 14 years.”

The report provides some interesting tidbits for those interested in the lives of the rich and famous. For example, it offers a month-by-month billionaire social calendar, noting the events they are most likely to attend. The U.S. Masters and PGA Championship feature prominently. Also, at least 23 percent of the world’s billionaires are likely to attend at least one of the many elite art shows held annually around the world, if not more.

There may be small comfort for some in the fact that more than 70 percent of the world’s growing number of billionaires are active in the philanthropic sphere. Excluding future pledges, the report says “Billionaires, on average, donate just over US$100 million cumulatively over their lifetimes. This is equivalent to three percent of their net worth—more than the average billionaire’s real estate holdings.”

Topping the list are Chicago’s billionaires, 100 percent of whom are active philanthropists. New York and Los Angeles follow at 96 percent. Riyadh, Saudi Arabia at 95 percent beats Singapore’s 94 percent philanthropically-inclined billionaires. Only 85 percent in London show an interest in philanthropy.

Education and Higher Education are top two on their list of preferred causes. The Arts comes fourth, after Health. Religion—unlike what research has found to be the case for the world’s population more generally—falls at the bottom, with only about 4.5 percent supporting church, temple, or mosque. Chicago’s billionaires give toward improving living conditions and the development of their city. Those from Tokyo, in contrast, show interest in disaster relief and the environment.

Less comforting is a just-published book by Brookings Institution academic Darrell M. West, Billionaires: Reflections on the Upper Crust. The book cautions that we need to be aware of new models of billionaire giving that may lead to the undermining of democracy, specifically through wielding extraordinary influence over elections, public policy, and governance—not to mention nonprofits.—John Godfrey