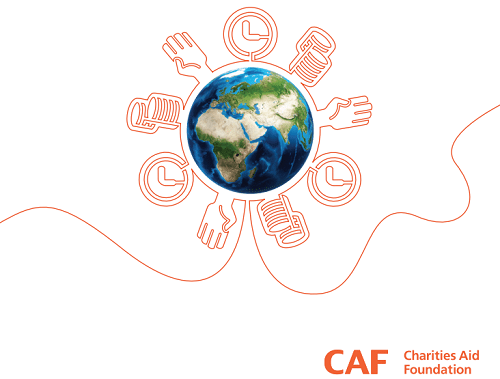 Yesterday, the new World Giving Index was released. There are two notable aspects of this report, as compared to other reports on charity:

The report’s findings are based upon data from the Gallup’s WorldView World Poll, which surveys people in more than 140 countries that represent approximately 94 percent of the world’s population. And while the report may have some limitations, it provides food for thought.

This year, the top line finding is that the United States and Myanmar are tied for first place. The United States ranks high across all three “giving” categories while Myanmar ranks high primarily because of its very high rate (91 percent) of making cash donations. The explanation, according to the report, lies in the religious traditions of the country.

“Nine out of ten people within Myanmar follow the Theravada school of Buddhism,under which the lives of the Sangha (ordained monks and nuns) are supported by dana (charitable giving) by lay followers of the religion. This clearly translates into a strong culture of charity, with Myanmar ranked first for donating money and 13 percentage points ahead of the second placed country. Sri Lanka, another country with a strong Theravada Buddhist community,also ranked within the Top 10 of the World Giving Index (placed 9th).”

This is interesting in light of the fact that it appears that, according to the Giving USA report this year, which reported giving to religion as relatively flat, and a more recent report on giving by women, wherein younger women without a religious affiliation gave significantly more than women who did have such an affiliation, one might surmise that the traditional strong connection between giving and religiosity may be getting less intense in the United States, although this may be a momentary blip. At the very least, we can say that the slice of the giving pie devoted to religion in 2014 was proportionately less than it has been, although it is still a very healthy slice at 31 percent.

Here are some other interesting facts from this survey:

Above, we talked a bit about the effects of culture and religion on donating, but the report also points to the impact of events upon giving. This year, Malaysia experienced a major uptick in giving across all three scales after Typhoon Haiyan, raising its rating on the overall giving scale from 71st to 7th, tied with the United Kingdom.  This change is unlikely to be maintained for long, but some parts of it may have a “tail.” For instance, since giving increased overall in Japan in 2011, donations have declined but volunteering has stayed elevated.

The report has also found that in higher income countries, women are more likely to donate money than men despite the structural income gaps; this changes when countries are middle- or lower-income. We will leave readers to draw their own conclusions about these findings—please share them with us!