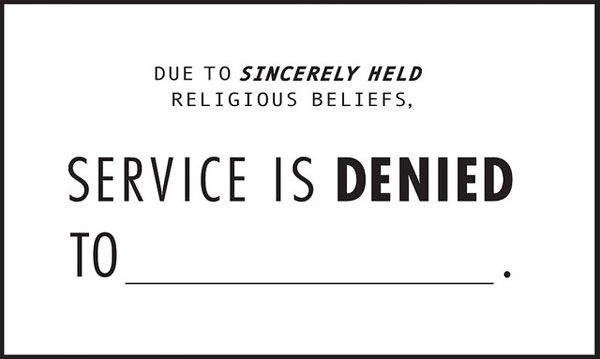 Twenty-three states joined in a suit filed on May 21st to block a new federal regulation known as the Protecting Statutory Conscience Rights in Health Care rule. Published yesterday in the Federal Register, it would give health care providers, insurers, and employers—as well as a wide range of others, such as ambulance drivers, receptionists, and customer service representatives at insurance companies—the right to refuse to provide or pay for medical services that violate their religious or moral beliefs. These services would include abortion and other reproductive services, as well as assisted suicide. Additionally, any health care provider would risk federal funding if they do not respect the right of these workers to deny service.

If not blocked, the rule will take effect in July of this year.

The suit, which was spearheaded by New York Attorney General Letitia James, charges that “that the rule violates several federal laws, including those governing Medicare and Medicaid, civil rights statutes and a statute requiring hospitals to provide emergency care.”

James commented in a statement:

Once again, the Trump Administration is putting politics over the health and safety of Americans. The federal government is giving healthcare providers free license to openly discriminate and refuse care to patients—a gross misinterpretation of religious freedom that will have devastating consequences on communities throughout the country. When the health of our residents is at stake, and the safety of vulnerable populations hang in the balance, we cannot rest until this “health care refusal” rule is stopped.

In addition, a separate lawsuit filed by California Attorney General Xavier Becerra alleges that the new rule impedes basic care for patients and that it’s lawless and reckless, encouraging discrimination against patients who are “vulnerable,” including women and patients from the LGBTQ community.—Ruth McCambridge