27 Indicators of the Real State of the Union 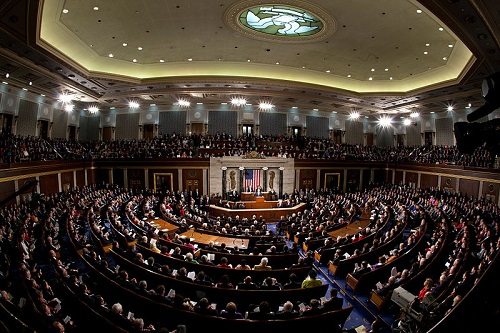 Rolling Stone’s Tim Dickinson published 27 statistics on the true state of the union to accompany President Obama’s State of the Union address. They counter the opening few paragraphs of the president’s speech in which he tried to present an upbeat, confident view of socio-economic progress in the nation.

Among the devastating indicators, Dickinson included information on the proportion of new income that has gone to the top one percent since 2009 (95 percent), the financial wealth controlled by the bottom 60 percent of Americans (2.3 percent), and the record combined wealth of the 400 richest Americans ($2 trillion). The point didn’t go unnoticed by the president. “Inequality has deepened. Upward mobility has stalled,” the president said in his speech. “The cold, hard fact is that even in the midst of recovery, too many Americans are working more than ever just to get by—let alone get ahead.” But that language hardly gets at the depth of the income inequality revealed by Dickinson’s statistics. The commentary among pundits is that the president’s advisors convinced him to tone down some of the inequality language, and perhaps the use of devastating social indicators such as those cited by Dickinson, as undermining the overall upbeat, positive, hopeful tone of the speech.

In the upbeat opening to the address, the president celebrated “the lowest unemployment rate in over five years…a rebounding housing market…[and] a manufacturing sector that’s adding jobs for the first time since the 1990s.” The official unemployment of 6.7 percent is high in and of itself, despite its decline during the president’s years in office, but Dickinson included an additional statistic: the percentage of the population that has given up looking for work (that is, left the labor force) plus those who have only been able to find part-time work when they really want and need full-time jobs, for an alternate, higher unemployment rate of 13.1 percent. In fact, the nation’s labor force participation rate is the lowest it has been in decades.

Although the president may be correct that the nation is now creating manufacturing jobs, Dickinson points out that the number of jobs in the country is still 1.69 million less than it was at its peak in 2008. The nation is a long way from even replacing the jobs lost to the recession, not to mention generating new jobs for people who are—or should be—entering the labor force. No wonder that when president did get specific in the address, it was by calling for Congress to extend long-term unemployment benefits. Chad Stone of the Center for Budget and Program Priorities (CBPP) notes that the current long-term unemployment rate of 2.5 percent is almost twice as high as the 1.3 percent rates in December 2003 and February 1994 when long-term unemployment insurance benefits were terminated at the end of those earlier recessions.

The president endorsed Senator Tom Harkin’s pending bill to increase the minimum wage to $10.10 an hour from the current federal minimum wage of $7.25. The $7.25 minimum wage is unchanged from July 2009. That’s the nominal rate, but due to the cost of living in some places, the “effective” minimum wage is actually a couple of dollars an hour lower in high-cost metropolitan areas such as New York City and Washington, D.C.

That $7.25 an hour adds up to an annual income of $15,080. Some occupations typically found in the nonprofit sector show low average hourly wages, such as social and human service managers, with average hourly compensation of $15.77 and median hourly wages of $14.77, with typical workweeks of around 30 hours. Dickinson reports that 3.6 million Americans work for incomes at, or even below, the minimum wage. In the past, some nonprofits have tried at times to exempt themselves from paying a living wage, and our guess is that a slice of nonprofits are among those low-wage establishments, with a considerable number opting to pay less than the proposed “new” minimum of $10.10 an hour.

Just recently, President Obama noted that the enforcement of drug laws has adversely affected blacks, resulting in racially disproportionate and possibility discriminatory criminal justice statistics. Dickinson noted that 5.9 million Americans are actually not allowed to vote in elections because of felony convictions and that the black proportion of that population is 37 percent. There is a nation-sized population behind bars: 2.3 million Americans incarcerated and another 4.8 million on probation and parole. However, these racially unbalanced, drug enforcement–related, disenfranchising statistics, which contribute to the nation’s problems of social mobility, were not mentioned in the president’s state of the union.

Although the number of SOTU-viewers has declined over the years, millions of Americans still tune in to watch a presidential “State of the Union” address, a national political event that has continued with little change since the time of George Washington and John Adams. It is something of a ritual to hear the sergeant at arms announce the President of the United States as he enters the House of Representatives to deliver the address. Dickinson’s selection of statistics would have added depth and context to the issues discussed—or sidestepped—in the president’s address. Every year, no matter who occupies the White House, the State of the Union misses teachable moments for the viewing public to understand the dimensions of the challenges the nation faces.—Rick Cohen