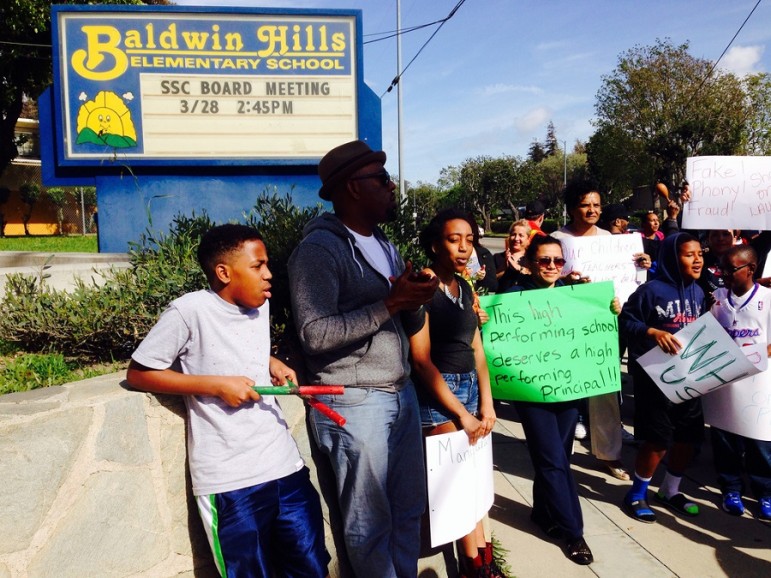 In philanthropy, it is rare to see foundations protest each other’s work, but in Los Angeles, three foundations are speaking out about what they see as the potential undercutting of parent participation by the Broad Foundation in its new initiative to remake the public school, and they are even offering to intervene.

The California Community Foundation, the California Endowment and Weingart Foundation have invested in efforts to educate and inform parents and to build their leadership skills to become stronger advocates for their children and communities. In some cases, we have supported programs and projects related to the LAUSD, while in other instances we have supported the development of charter schools, pilot schools and partnership schools. Our priority has and will always be to ensure poor and vulnerable communities have access to high quality educational options and are informed about what makes for a good school. Recently, the Broad Foundation released a provocative proposal to significantly increase charter schools in communities that have high concentrations of underperforming schools. In the midst of the controversy surrounding this proposal, we must remember that our priorities are families and children. Superintendent Cortines has consistently reminded us that the schools belong to the community, but it takes community, with parents at the forefront, to make the schools great.

At this point, our foundations are not interested in taking sides on the Broad initiative; rather, we are bullish on the matter of full and robust participation of community, parental and youth engagement on key, critical questions – such as the Broad Charter School proposal, and the desirable attributes of a soon-to-be-hired school superintendent.

What we are willing to do is offer ourselves as neutral conveners interested in doing what is best for all of our parents and children. We must engage parents and community members and help them preserve their opportunity to secure high quality education for their children. L.A.’s vibrant future depends on it. We are open to what form our role might take, and willing to listen to constructive input from you.

As NPQ has previously written, the Broad Foundation has been pushing a greatly contested plan to significantly expand the number of charter schools in the Las Angeles Unified School District (LAUSD). Now, as a part of that plan, a nonprofit organization has been established to advance the scheme. To date, only part of its 11-member board has been announced, but it will include Eli Broad or a designee.

The new organization is called Great Public Schools Now, and is apparently the body that will take the next steps in a plan initially proposed by the Eli and Edythe Broad Foundation. The plan calls for raising $490 million to enroll half the students in LAUSD in charters over the next eight years. It has met strong opposition from the teachers union and has gotten a mixed reception from the school board.

The nonprofit will be run by two executives from ExED, another local nonprofit that helps charter schools manage their business operations and build their campuses. Because the operation will presumably expand the market for ExED, this in and of itself should provide some cause for concern.

In addition to charters, the organization says it will work to expand or duplicate successful models of schools directly run by LAUSD. The group says its goal is to develop first-rate schools of all kinds, not exclusively charters.

The Board of Education did not play a role in creating the original plan—and next week it will vote on a resolution officially opposing it. Critics are concerned that a massive charter expansion could threaten the solvency of the district, limit accountability, and leave LAUSD with fewer resources for the most challenging students, who are the most expensive to educate.

The Times reports that Great Public Schools Now has been “using the language of urgency and indignation” found in the original draft of the plan, which calls for 260 new charters, which are the primary focus of the organization’s mission. Its announcement included polling showing public support for charters, and research indicating they are outperforming traditional campuses.—Larry Kaplan and Ruth McCambridge