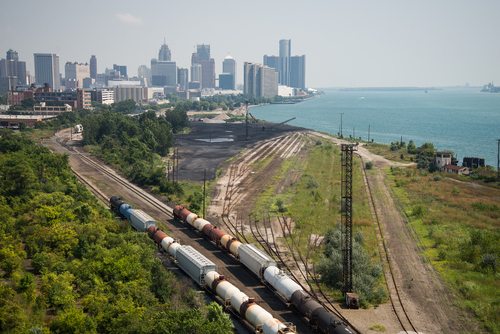 NPQ has written repeatedly about the changing nature of journalism, including the trend to collaborate on coverage, and this story fits into that trend. The Bridge yesterday announced the formation of the Detroit Journalism Cooperative, a collaborative effort among five of Michigan’s nonprofit media organizations to cover Detroit as it works to transform itself. The partners in the efforts will be Bridge Magazine, WDET, Michigan Radio, Detroit Public TV and New Michigan Media; they will “share data-driven, solutions-based journalism that deepens public understanding of Detroit’s journey through bankruptcy and engages residents in the revival of this once-powerful city.” The products of this journalistic union, which is funded by the Ford Foundation, the Knight Foundation and Renaissance Journalism, will be available on a communal website.

The collaborative has established benchmarks that will be the reference points they will use to chart Detroit’s progress and hold public officials accountable.

The Bridge writes, “Going forward, we aim to be an indispensable resource for the people of Detroit – who have endured years of mismanagement and broken promises – and residents across Michigan, who sometimes question how their lives and communities, and tax dollars, are tied to the fate of the state’s largest city.”—Ruth McCambridge