7 Key Nonprofit Themes in the State of the Union 2015 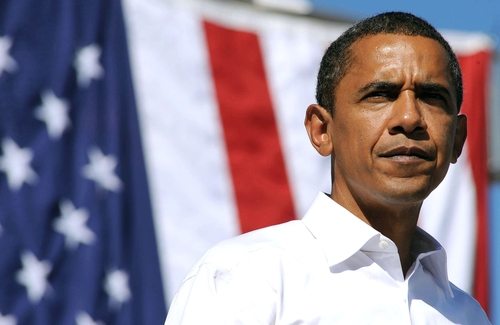 Pundits typically focus on the State of the Union as something of a campaign statement, even when there is no campaign to be run. For nonprofits, the SOTU serves more as a blueprint of what the incumbent president is likely to emphasize in the coming year and what might get a lot less attention. As such, it’s a template for nonprofit action. The actions that the president suggested constituted his agenda of economic populism would merit support from social-justice minded nonprofits, and the items that got scant or no attention would be the components of a nonprofit narrative to move the White House and Congress to pay attention. The president presented a template; now the nonprofit sector has to figure out what it is going to do in response.

Here is a summary of what was in the president’s SOTU template:

To be sure, the president had big political victories to announce in the State of the Union—the end of the U.S. combat mission in Afghanistan, fewer than 15,000 U.S. troops in Afghanistan and Iraq compared to 180,000 six years ago (even though he suggested that the U.S. and its allies had been making progress in “stopping ISIL’s advance,” which doesn’t quite seem to be the case in either Iraq or Syria), the success of over ten million Americans with health insurance coverage due to the Affordable Care Act, the shift in America’s Cuba policy, the legal right to gay marriage spreading throughout the states (and, notably, the president said the word, “transgender”), and the significant progress under the Obama administration on climate change. It is easy to focus on shortcomings when the needs are so great, but the president deserves credit for making many changes, even if during his first two years in office when he had a friendlier Congress to deal with, he pursued a “small ball” policy agenda when he could have done bigger things, such as a stronger ACA with a public option or a comprehensive immigration reform bill.

Despite the economic populism of the policy proposals, the content of President Obama’s State of the Union speech was hardly a new version of the New Deal for Americans. Given the Republican-dominated chambers of Congress, on his own, the president is going to face tough sledding in his efforts to make most of his proposals a reality.

But the president, any president, isn’t the only author of social change in our nation. As shown through the president’s comments on race relations after Ferguson, normalization of diplomatic relations with and ending the embargo against Cuba, and protecting the civil rights of the LGBT population, change comes from the mobilization of the American public in social movements, pressuring the executive and legislative branches to do what is really important for the American public. That’s especially true, more than ever, with a divided Congress whose members are more prone to posture and fight rather than understand and act.

The onus is therefore on the nonprofit sector to pick up on the social movement building that these times—and the president’s SOTU proposals—require and to mobilize their constituencies around the messages of helping working people, raising tax rates on the superwealthy, creating more job opportunities, and making community colleges free. And in addition, as a result of the speech, nonprofits and the communities they represent have a new agenda for creating a narrative on the issues that the SOTU underplayed or missed entirely: dealing directly with poverty, expanding humanitarian aid, and cleaning up election finance. It’s time for a new nonprofit sector State of the Union strategy.