80+ Days without a Budget: A Tale of Two States 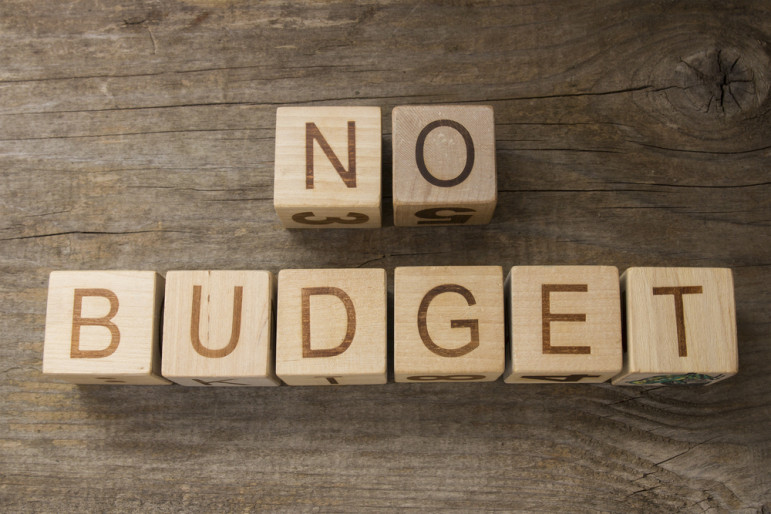 Pennsylvania and Illinois still have no budgets and limited authority to disburse funds more than 80 days into a “new” year. While their governors and legislatures spar over who is at fault and how to reach an agreement on a spending plan, local governments and nonprofit organizations continue their struggle to keep schools and social services operating.

In Pennsylvania, the Morning Call reported that the state has withheld $1.2 billion in tax money from 500 school districts, with an extra $717 million to be withheld by the end of the month. Bernadette Bianchi, executive director of the Pennsylvania Council of Children, Family and Youth Services, a statewide umbrella organization for 110 nonprofits and private entities that serve at-risk youth and families, including Children’s Home of Easton, KidsPeace National Centers in Schnecksville and Valley Youth House in Allentown, said Tuesday that she is not aware of any cases in which member providers have actually suspended services. But, she added, “That’s only been because of the commitment of the private provider community to continue serving these children.”

Attempting to force the state to pay for services as they are provided, the Council sued Governor Tom Wolf and the Department of Human Services in Commonwealth Court. The suit asks the court to compel the administration to declare the groups’ foster care, child welfare, and juvenile justice programs “essential services,” which would allow the release of state and federal tax money due them under contracts. (Under Pennsylvania law, the state, despite the lack of budget, can disburse funds for services it considers “essential.”)

According to the Patriot-News,

The suit has its genesis in Wolf’s post-budget veto listing of certain services that would continue to receive funding. That has kept all public safety, and most medical assistance and welfare programs funded, as well as all government offices, state parks and other state facilities open.

But most aid to other entities like schools and county governments, or funding that is ultimately routed to third-party service providers, like these child welfare services, has been stopped with the start of the new fiscal year on July 1st.

The state legislature is currently working on a short-term budget bill that would authorize funding through October. Governor Wolf has opposed the effort to provide short-term funding, wishing instead to negotiate a complete budget agreement. The Pittsburgh Post-Gazette reported that on Wednesday, the governor expressed frustration that the concessions he offered, which he hoped would facilitate agreement on a state budget, were ignored:

The situation in Illinois is even bleaker. The budget gap needing to be spanned by new revenues or service cuts is about $4 billion, but Governor Bruce Rauner and the state’s legislative leaders seem more interested in holding each other responsible for the harm being done by the impasse then in working toward a solution.

While that battle of wills continues, a report recently released by the Fiscal Policy Center at Voices for Illinois Children detailed the impact of the lack of a budget is having on the state’s social service infrastructure and those they serve.

The harm is widespread—ranging from afterschool programs and autism services to conservation police and support services for seniors. Our state’s most vulnerable people, including children, people with disabilities, and seniors, are especially threatened by this inaction.

Many providers of these critical services have been instructed by state agencies to continue to provide services at the level of the last fiscal year (which ended June 30). Others have been issued new contracts with lower service levels. In either case, outside of consent decrees and federal pass-through funds, zero state dollars are being spent on many critical state priorities.

Who is left standing at the end of this is completely in the hands of the Governor Rauner and the General Assembly. To prevent further damage to children, families, and communities, lawmakers and the governor need to take responsibility for funding our state’s priorities by restoring the revenue we need to fully fund a year-long budget.

According to Reboot Illinois.com, at a recent senate hearing on the impact of the budget crisis, State Senator Daniel Biss, chair of the Senate Human Services Committee, said, “There’s no ambiguity about who’s bearing the brunt of the consequence, and that’s people who have the least voice in the political process and who are the most vulnerable.  It’s really a situation that all of us should find deeply, personally unacceptable and that we need to resolve quickly.”

The committee also released a copy of a letter from Comptroller Leslie Geissler Munger, who informed members that state is carrying a bill backlog of nearly $6 billion. Even with that backlog, and absent a budget, Fox32 in Chicago reported Wednesday that Munger’s office determined that “early intervention services, provided to children up to age three, should have been paid for under a previously issued consent decree that requires some social services be funded.” Meanwhile, hundreds of other social service agencies have still not been paid.

Moreover, according to a report by the online version of the Northern Star, Northern Illinois University’s campus newspaper, the Illinois Department of Central Management Services “announced it is no longer able pay for state employee insurance claims without a state budget, a decision that could leave nearly 150,000 people to pay out of pocket for health care costs. […] Under self-insured plans, Illinois subsidizes claims made by members, a responsibility that may now fall on members alone unless their employers or medical providers foot the bill until a budget is determined.”

While Illinois has been able to provide funding to local school districts across the State this has not ensured a full school year for the more than 400,000 students served by Chicago Public Schools.  The district is currently operating with a budget that is counting on $500 million in new state funding that is yet to be approved and remains one of the issues in the middle of the budget standoff. How the district will manage if a budget agreement does not include these funds is not clear but it is safe to say it will not be good for Chicago’s children.

When the smoke clears and budget deals are reached, the full cost of these impasses will become clear—and that cost may be met by the closing of critically needed agencies and schools. And it will be their clients and students who will feel the long-term consequences. One wonders how deeply governors and legislators realize this as they try to win their battles.—Marty Levine