A Boy Scout Exodus? Where Would Members Go? 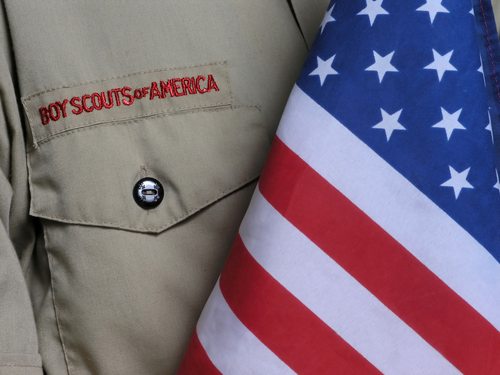 A new Associated Press (AP) article asks whether the Boy Scouts of America’s current struggles as to whether to lift or retain its ban on openly gay members will drive participants or potential participants to other groups. A leader from one group that is somewhat similar to the Boy Scouts told the AP that while his organization is following the Boy Scouts’ situation closely, they are not looking to benefit from “someone else’s misfortune.” Given that the Boy Scouts includes more than 2.5 million boys, however, one imagines that some organizations may be more inclined to reach out to those who are less enthusiastic about the Boy Scouts these days.

If the Boy Scouts’ decision (or non-decision) ultimately sends some members heading for the hills, where will they go? The AP points to a number of religious and secular groups that might be interested in ushering in ex-Scouts, from the Pentecostal Royal Rangers and the Roman Catholic Columbian Squires on the faith-based plank to Camp Fire and Navigators USA on the secular side.

NPQ invites readers to weigh in with thoughts about how the Boy Scouts might best handle this situation. –Mike Keefe-Feldman