Fred N. Eshelman, a Houston-based supporter of Donald Trump and former pharmaceutical executive, was disappointed and outraged by the results of the recent presidential election. In response, he donated $2.5 million to a nonprofit to mount legal challenges to it. The donation was made immediately after the election, but now, faced with lawyers’ inability to find any ground to stand on, he is suing the nonprofit True the Vote, Inc., for dropping four of the seven states that were to have been treated to “Validate the Vote 2020″ suits.

The group’s founder and president, Catherine Engelbrecht, originally told Eshelman the endeavor would cost approximately $7.3 million. But after his money was in their hands, according to Eshelman’s suit, “Plaintiff’s (regular and repeated) requests were consistently met with vague responses, platitudes, and empty promises of follow-up that never occurred.”

After True the Vote announced on November 17th that it had abandoned its legal strategy because “barriers to advancing our arguments, coupled with constraints on time, made it necessary for us to pursue a different path,” Eshelman asked for his money back. We can’t blame him—his description appears quite accurate—though we’d like to see that guarantee of success condition to the grant.

The group reportedly offered Eshelman a refund of $1 million if he agreed not to sue. That particular refund arrangement fell through also, but, undaunted in his increasingly quixotic quest, Eshelman says he wants his money back so he can continue to challenge the results of the long-past-decided election. Engelbrecht says the whole thing is “like a nightmare,” and as such it fits in nicely to its context.—Ruth McCambridge 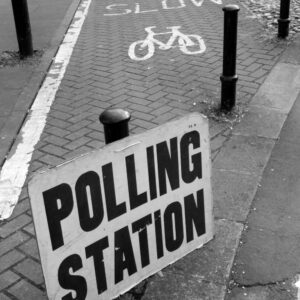 Bracing for the Legal Battles to Come 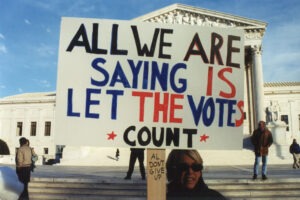 Legal Experts Say to Focus on State Courts, not Federal