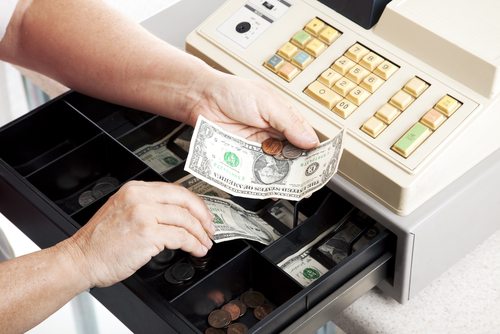 The Florida State College Foundation (FSCF) is one of those 501(c)(3) foundation arms of a public university meant to provide an avenue for private fundraising, often outside the aegis of the state legislature, which is tasked with oversight of state college budgets. Donors to the FSCF are offered a few reasonably clear options for what their contributions might support—scholarships to help students attend the college, program funds to help programs that rely on donors, facility campaigns, memorial gifts, endowment gifts, and “unrestricted donations…used where funds are needed most.”

Donors may not have expected that they would read this in the Florida Times-Union: “The Times-Union reported that [College President Steve] Wallace expensed about $187,000 over two years on meals, travel, technology and other costs, including the charitable donations. About $114,800 of the total was paid by college funds, while about $72,300 was paid by the private money from the foundation.”

Now the Times-Union reports that the foundation itself made $16,200 in charitable donations during 2010 and 2011 at Wallace’s request. The foundation’s 990s, available on Guidestar, don’t show the information, but the Times-Union reports that the donations included $5,000 to the Edward Waters College, where Wallace serves on the finance committee, and several donations to the Rotary Club, where Wallace is club president. We checked another site and found donations of $1,000 to the United Way of Northeast Florida, $200 to Community Health Charities, $100 toward a retirement gift for someone at the Association of Florida Colleges, and $500 identified as a “personal commitment” to the Jacksonville Symphony (where Wallace is an ex-officio board member), in addition to at least $3,000 to the Rotary.

Not only would donors probably not anticipate this kind of use of their donations, but the foundation actually had a standing policy prohibiting donations of this sort, but neither the foundation’s executive director, Robert Stamp, nor Wallace said they were aware of it. It’s not clear that Wallace gets the impropriety, as he referred to the donations guidelines as part of “some ‘very old foundation policies’ that Stamp hasn’t had the opportunity to work through yet.”  According to Stamp, who said the policy would be reexamined to see if it needs to be changed, the donations are part of the foundation trying “to be a good community partner.” The foundation’s stated mission is “to secure financial resources that will help Florida State College at Jacksonville provide access to an extraordinary educational experience and to respond effectively to the most important needs of the community.”

We would question whether all donors would imagine that the community to be served by foundation grants would consist of organizations outside of Florida State tied to Wallace. At a minimum, the foundation’s grants at the request of Wallace violated its own internal policies.  Moreover, it would be worth asking donors if this is what they thought they were donating to.  Even if it is legitimate to make community relations grants of this sort, the university and its private foundation arm ought to have a policy that is a little more than making grants at Wallace’s behest to organizations Wallace is linked to. A little due diligence would have gone a long way.—Rick Cohen