A High-Profile Nonprofit Crash and Burn: The BeatBullying Saga 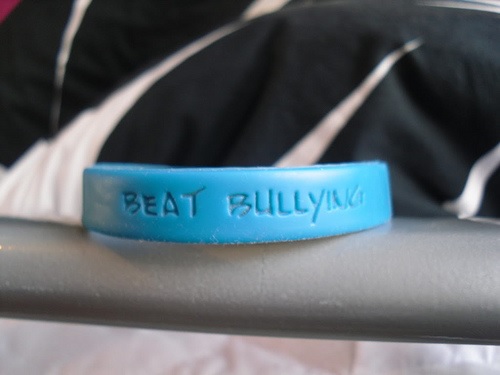 NPQ is always wary of the “darlings” of funders, just because there is a tendency for those organizations and their leaders to start believing their own press. The fact is that on too many occasions, it is not “feast or famine” so much as gluttony (mixed with pridefulness) or famine—and you can die from either. This story is from the UK, but it sounds achingly familiar in its dynamic.

For more than 10 years, BeatBullying was a modern icon of the UK charity scene. Founded in 1999 by Emma-Jane Cross, a former university lecturer, it worked first in schools and later linked the power of digital media with the plight of bullied youngsters: Victims could go to a site called Cybermentors to seek help from qualified advisors and take part in chatrooms. It was a groundbreaking idea that seemed to go from strength to strength and won several awards, including some from Third Sector.

By 2011, it was becoming more ambitious. Cross, who had been chief executive from the start, began to draw up expansion plans. BeatBullying became the BB Group, and the Cabinet Office—the government department responsible for charities—gave it a grant of £1.3m from its social action fund to help it on its way. This was an example of the kind of modern digital focus and entrepreneurial spirit that ministers wanted to foster in charities. With a grant of £185,000 from the European Union, the BeatBullying formula was adapted for launch in seven continental countries, including Spain and Italy, and new UK offshoots were started, including Cancer Care Online and MindFull, a mental health initiative for young people.

But suddenly, one day last autumn, the BeatBullying website—the heart of the whole operation—ceased to function, displaying only a message bluntly telling anyone who needed help to phone Samaritans or ChildLine instead. Phone calls and messages to the office were not answered. A few days later, it was announced that BeatBullying, a registered company as well as a charity, had hit acute financial problems and was now in administration, seeking a buyer. The offices were closed, the staff and freelance mentors were not being paid, and crucially, there was no one there for the beneficiaries. There was a storm of protest from staff facing redundancy just before Christmas.

The management and board went into bunker mode, delegating one hapless trustee to issue occasional statements giving the minimum of information while the administrators got on with totting up the debts (around £1m) and assets (minimal). A bid was made to buy BeatBullying on condition that Cross departed and agreed not to set up a rival organization, but in the end the potential buyer did not proceed with the offer. The sense of betrayal and outrage expressed by the former staff reached a new crescendo when it emerged that Cross and three fellow directors had already formed a new company, Digital Impacts, trying to sell online social services to local government.

So what went wrong? The answer so far remains essentially speculative because no one from the trustees or management is talking and there has been no review or investigation. Only seven months before the serious financial difficulties of the charity became apparent, the auditors had declared in its latest accounts, showing a turnover of £2.4m in 2012, that it was a going concern, based on the expectation of certain grants and loans. But further expected grants from a government department and the EU did not come through last summer, and other income and reserves were insufficient to keep the outfit afloat. Former employees complained of mismanagement by the top team and a domineering, capricious leadership style by Cross and the inner circle. She has declined to respond to media inquiries.

If there are lessons for other charities in this sobering tale, the first is that trustees must get a grip on what is really going on in their charity, regardless of whether the chief executive is also the founder and, perhaps, their friend as well. Another lesson might be to keep a weather eye on founder’s syndrome. Many founders go on for years—decades, even—nurturing their offspring effectively and successfully; others may, with potentially disastrous results, become dominant and inflexible, unable to take advice, see things in perspective or make necessary adjustments. That, surely, is when trustees must intervene decisively. And a third lesson might be to think very carefully about expanding your activities beyond what you know you are good at unless and until you definitely have the right skills and resources in place.