A Human Rights Crisis for Children Abroad and at Home 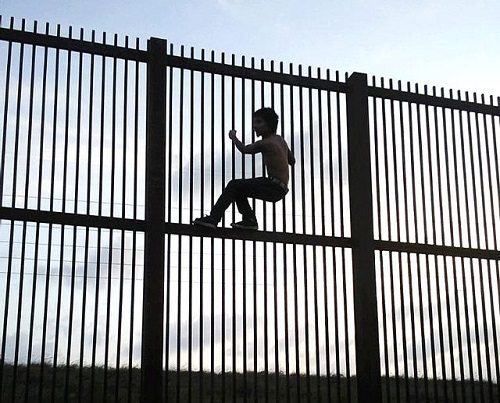 Grantmakers for children and youth might find the news of the day overwhelming—so much so that they don’t have ready analyses and responses.

According to an Associated Press story in Stars and Stripes, four Palestinian youths between the ages of 9 and 11, all cousins, were killed by an Israeli airstrike while they played soccer on a beach in Gaza. “It’s a cold blooded massacre,” the boys’ uncle said, according to AP. “It’s a shame who come they didn’t identify them as kids with all of the advanced technology they claim they’re using.” Apparently, the four were killed due to shelling from an offshore Israeli naval vessel. The Israeli military announced it would investigate the incident to determine how children on a beach became additional casualties in the warfare between Israel and Hamas, which as of Wednesday had reached at least 213 Palestinians and one Israeli killed.

With the already constricted access points in and out of Gaza basically closed, the ongoing humanitarian crisis in the area is simply getting worse, especially for the children of Gaza. Ruth Gledhill in Christian Today reports that Oxfam and Christian Aid have decried what Gledhill describes as Israel’s bombing of schools and killing children. Oxfam country director Nishant Pandey says that 90 percent of the water in Gaza is unsafe to drink, exacerbated by airstrikes damaging a water pipeline to the Beach Refugee camp and two wells in Gaza City. In addition, Israeli strikes have badly damaged Gaza City’s sewage treatment plant, worsening the sanitation conditions in the densely populated area, and other facilities, including a health center operated by an Oxfam partner agency and over a dozen schools.

It doesn’t require taking a position on the issues between the Netanyahu government and Hamas in order to see a massive, looming humanitarian crisis in Gaza, with particularly devastating effects on kids.

The impact of living in a war zone on children cannot be ignored. A study of Palestinian children in Gaza from 2008, conducted by researchers from the UK’s University of Hertfordshire, found that every child surveyed for the study had suffered exposure to at least three traumatic events (the most common being humiliation of themselves or a family member, exposure to the sound of bombs and explosions, witnessing someone’s funeral killed due to warfare, and witnessing shelling by tanks, artillery, and aircraft). Forty-one percent of the children were deemed to be suffering from Post-Traumatic Stress Disorders. Confirming and going beyond the Hertfordshire research, a 2013 study by researchers from the University of Granada in Spain examining Palestinian children in Hebron (in the West Bank) found that over 77 percent of the children showed symptoms of moderate to severe PTSD and more than 20 percent met the DSM-IV criteria for chronic PTSD.

Sorry, consider us bleeding hearts for kids, no matter where they might be, including here in the U.S. when anti-immigration protesters show up in places such as Oracle, Arizona, and Murrieta, California with the intention of demonstrating to unaccompanied undocumented immigrant children that they are unwelcome. Three quarters of these unaccompanied minors—52,000 since October alone—are from Guatemala, Honduras, and El Salvador, fleeing poverty to be sure, but rampant gang violence.

The anti-immigrant, or perhaps more accurately, anti-children protestors show up, according to CNN, screaming at the buses of children (mistaking one bus of YMCA campers for immigrant kids in Oracle recently) and waving signs that display such heartwarming slogans as “Send ’em to Coyote Obama.” Communities around the nation, whether faced with temporarily accommodating unaccompanied immigrant kids or not, have turned these children into the new face of NIMBY (not-in-my-backyard), reflected in questions and opposition from governors and mayors in Michigan, Maryland, Nebraska, Washington state, and Virginia. One of the more striking examples occurred last month in Lawrenceville, Virginia, a town of 1,400 people, where the federal government had reached a deal with local authorities that would have provided temporary accommodations for unaccompanied immigrant kids on the vacant campus of a historically black college (the defunct St. Paul’s College), only to reverse course when 1,000 people showed up to protest.

Expert educators note that the vast majority of unaccompanied immigrant children now attending U.S. schools suffer from PTSD. The response of the U.S. government? A proposal for $3.7 billion in funding from the Obama administration and an initiative from Senator John Cornyn (R-TX) and Representative Henry Cuellar (D-TX) to expedite the process down to seven days for getting immigrant children into immigration courts.

The situation in Gaza is old, not new. Children in Gaza have been suffering privation for a long time due to the generally closed border crossings and Israel’s naval blockade. The situation of unaccompanied immigrant children is also old, not new. The surge in unaccompanied immigrant minors began in 2012, but only now, with the overcrowded holding facilities, is it getting national attention. Guidance, both from the leaders of institutional philanthropy and from the affinity groups whose topical priorities are children, is needed. NPQ will report what foundation trade associations, affinity groups, and thought leaders have to say about the national and international dimensions of the crisis of children.—Rick Cohen