A Local Business Pays It Forward from the Heart 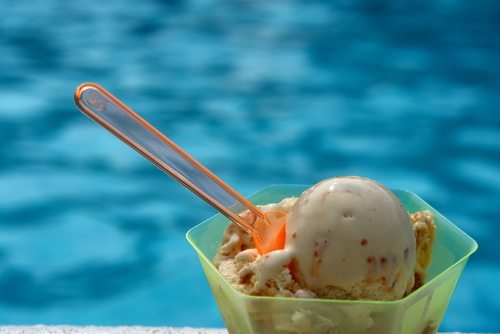 An ice cream shop in upstate New York has donated to its community in a way that will likely be repaid to them many times over in dedicated customers. Tim and Debbie Twomey own Nicky Doodles, and they teamed up with Rome councilwoman Ramona Smith to give $2,000 to the Sgt. Michael A. Uvanni Municipal Pool so that children up to 18 can swim for free. They were simply of the opinion that the fee was unfair to some children. The donation will offset the $1 fee generally charged, and it should last through the summer and into next year.

“In this area, I feel as the Twomeys do—that the dollar is extremely prohibitive to some people,” said Councilwoman Smith. “It’s their bread and butter. I had one lady approach me; she told me she had four children and she worked at one of our local stores here, single mother, and said, you know, five days a week, that’s a lot of money for me.”

The Twomeys feel that they would hate to see children unable to do what they did as kids. “We both swam there and learned how to swim when we were younger and it’s just a great benefit to the community and kids,” Debbie Twomey said. “On those hot summer days, they don’t have pools, and we’d like to be able to see them swim and enjoy the pool.”

Here is NPQ’s opinion: there is little that makes more sense than for a local summer-related business to support free swimming for local kids. And the fact that this seems to be a pay-it-forward from the heart just makes it that much better.—Ruth McCambridge