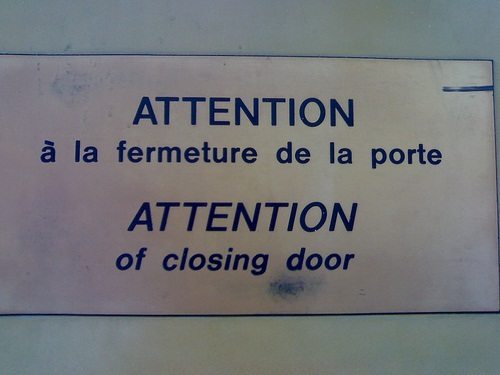 In 2010, Dorothy Mann, the longtime director of the Family Planning Council of Southeastern Pennsylvania, left and was replaced by Melissa Weiler Gerber. The 71-year-old Mann led the organization, which administers funding for reproductive services in the region, for 33 years and was considered to be strong – even, according to the Philadelphia Inquirer, “brash.” At the point of transition, the organization was reportedly operating in the red. The board chose Gerber although she was not, by some reports, the candidate preferred by Mann. Gerber got to work quickly on resizing the budget, sub-letting two-thirds of the space they were in for $600,000 and hiring a nonprofit accounting consultant to review everything, including executive pay, in order to eradicate a $1 million deficit and balance the budget.

“I came into an organization that had a very proud history and a mission that I love,” Gerber said. “I’ve . . . brought fresh eyes to see how an agency that has been around for 40 years can work smarter and better in a different environment.” Are them fighting words?

Maybe it is a coincidence, but Mann is now acting as a consultant to Philadelphia Health Management Corp., which will now suddenly compete for a Title X federal grant despite the fact that it has little experience with family planning. This grant has been the Family Planning Council of Southeastern Pennsylvania’s “lifeblood for 42 years,” according to the Inquirer, and would be $5.6 million this year.

The traditional grantees of the Council are watching the fray. “Some of these relationships have been strained,” said Dayle Steinberg, president of Planned Parenthood of Southeastern Pennsylvania, a grantee of the Council. “But Melissa has made a commitment to work with us, and the relationship has greatly improved. I wrote a letter of endorsement for the council. I also talked to PHMC. I voiced my concerns.” Gerber feels confident that the Council will get the Title X grant and said, “As to [Mann’s] motivations for doing this, ask her.” Mann did not have a comment for the Inquirer but the newspaper cited “an agency director” who wished to remain anonymous as saying, “I think it’s about payback to the board for not doing what Dorothy wanted.”

We do not know if this plays a role in the scenario outlined above, but the transitions of longtime leaders of organizations can certainly be difficult and tender moments. It can be hard for former leaders to witness decisions being made with which they may not agree. To any long-term leaders out there, it is important to get started thinking about how you will handle yourself during the transition early and so we would like to share an excellent article by Tom Adams with you: “Departing, Arriving, Surviving and Thriving: Lessons for Seasoned and New Executives.” –Ruth McCambridge