A Pattern Reinforced: Resignation of Mount St. Mary’s U. Board Chair Follows President’s 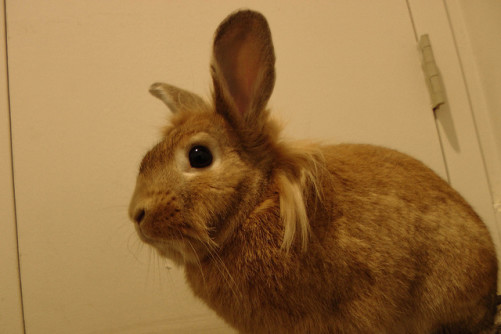 Yesterday, we wrote about the fact that the board chair at the Wounded Warrior Project had taken on the role of interim CEO following the firing of the CEO and COO of the organization. In that article, I suggested that he might no longer have enough social capital to perform either in the role of exec or board chair. That may seem like a presumptuous thing to say from afar, but we have been watching similar situations unfold over the last five years or so as institutional leaders violate the values that constituents expect them to evince, and patterns are beginning to emerge. We have not seen many situations where just the exec or the board chair leaves under pressure. And that makes sense, because, after all, in many nonprofits, the executive and the board chair make up the leadership dyad.

That’s why the resignation today of John Coyne, the board chair at Mount St. Mary’s University, following close on the heels of the resignation under pressure of Simon Newman, the former president, comes as no surprise. Coyne, himself a business executive, had strongly supported Newman. His board term was not formally over until October, but it was informally the natural end of his tenure.

“As my term as chair is nearing an end,” he said, “I felt that stepping aside now would ensure a seamless transition to naming an interim president. It’s important for a new president to have a chair of the board at their side, not only at the outset of the process but throughout the entire transition period.”

Coyne was an active advocate for Newman’s approach to reorganizing the school along business principles, an approach that culminated, as we have previously written, in a scheme to cull out potentially under-motivated freshmen through having them take a survey billed to them as a self-development tool. The plan was to help them to the door before they would be counted in the “before” picture of the school’s retention stats.

The student newspaper outed the plan, along with some comments that were unadvised to put it mildly—specifically, comments to an objecting faculty member that went something like this: “This is hard for you because you think of the students as cuddly bunnies, but you can’t. You just have to drown the bunnies…put a Glock to their heads.” (Newman later claimed to have been misquoted; the fuzzy animals under threat were allegedly puppies, not bunnies.)

Instead of understanding that the comments were, at base, an astounding indication of unpresidential judgment, Coyne went on the attack against the student paper, seeming to misunderstand the principles both of journalism or free speech:

The slant that you have adopted by choosing to publish an article based on selected quotes of confidential email exchanges among senior faculty is quite frankly irresponsible. Equally troubling, however, is the fact that you, as the Managing Editor of the Echo, and apparently your faculty advisor, have become privy to confidential email communications among faculty colleagues, a violation of Code of Conduct at the Mount and the “fair use” policy of our electronic email system. Beyond the issue of access is the fact that you propose to use those private, confidential emails to advance your journalistic interests and to do so without any concern for either the individual privacy interests of the faculty involved or the damage you will render to this University and to its brand.

Then, Coyne wrote a letter to university community in January and re-described the scheme:

The retention program, as conceived, is indeed meant to retain students by identifying and helping at-risk students much earlier in their first semester—the first six weeks—than we have ever done before. It takes an innovative approach that includes gathering and analyzing information from a range of sources, including our faculty whom we have trained on how to have rich, supportive conversations with students. We also noted that the design of a (if necessary) thoughtful, eventual conversation about the student’s own discernment process and the refund of tuition was also intended to be in keeping with our Catholic identity.

We found incontrovertible evidence of the existence of an organized, small group of faculty and recent alums working to undermine and ultimately cause the exit of President Newman. This group’s issues are born out of a real resistance to positive change at Mount St. Mary’s. Apparently they are not done with their personal attacks and are continuing, both directly and through others, to malign and denigrate President Newman and our plans for the university’s future by circulating mischaracterized accounts and flat out falsehoods.

This will not stand and cannot be let to stand at our university. One of our hallmarks requires each member of the Mount Community to treat others with dignity and respect and with the highest integrity. As such, the university will hold those individuals accountable for these actions.

So, in the end, Coyne hitched his wagon to the wrong star, remaining so tethered long past the point where his leadership was credible any longer. One might look at Wounded Warrior and see a somewhat similar scenario. We may be wrong; maybe the donors will welcome the new board chair/CEO. We can only wait and see.—Ruth McCambridge