A Pay-What-You-Can Farmers’ Market—How It Works 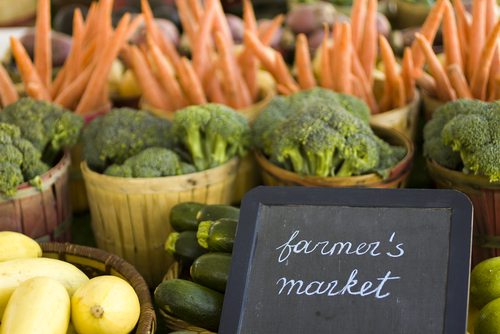 At Go-Go Fresco in Charlotte, N.C., which provides a “pop-up” mobile farmers’ market, some people pay more so others can pay less, says Nick Knock, a founder of the market.

“We have good weeks and some bad weeks, but it balances out. It’s inspiring to see the hearts and generosity of people who don’t think twice about paying more so someone in need can get fresh food.”

Go-Go Fresco expanded its mobile market schedule three months ago to include two sites where the shoppers would include low- and middle-income people. One was at a YWCA on Park Road and the other at Children and Family Services Center. Reportedly, the YWCA site has become popular with people from surrounding affluent neighborhoods.

YWCA member Maha Swede, a shopper with enough income not to need to pay less, says, “I think most people will throw in a dollar or two to help out. I just have them round up the cost to an even number when I buy things,” says Swede. “It’s a tangible way to help someone who lives paycheck-to-paycheck, and I like the idea of supporting an entrepreneur.”

On the other hand, Jacqueline McClain, 46, does not currently have enough to buy the food she needs. “It helps when you are short on cash,” said McClain. “If you don’t have the money, you give them what you have and get a healthy meal. With my breast cancer, I want to make sure I eat healthy.”

Go-Go Fresco has 10 weekly stops, but only two operate on the sliding-price sale. Knock says it started when he began looking for ways to help low-income people in Charlotte’s “food deserts,” communities that don’t have easy access to grocery stores.

Knock says once or twice someone offered so low a price that he thought that they trying to take advantage. “But then I saw that they only had $3.19 left on their (food stamp) account, and I got choked up,” he says. “They were spending what little money they had left at our market. It was mind-blowing when you think they were able to get food because of us.”—Ruth McCambridge